Motorsport Network's Julia Piquet tells the story of this amazing Ferrari F2001B driven to victory by Michael Schumacher in the 2002 Australian Grand Prix.

Schumacher drove this very car, chassis number 215, in the first two flyaway races of the 2002 season before switching to the F2002 and going on to win his fifth title.

That makes it one of the most dominant cars in F1 history, and Schumacher would only switch to the F2002 when convinced of its reliability and performance advantage.

Ferrari designer Rory Byrne said of the differences between the two cars: “Although the fundamental design philosophy of the F2002 [was] the same in terms of optimising aerodynamic efficiency, lowering centre of gravity height, maximising the performance available from the Bridgestone tyres and the 051 engine, many areas of the car had to be fundamentally reviewed in order to make a step forward in performance because these areas were close to the limit of development on the F2001.” 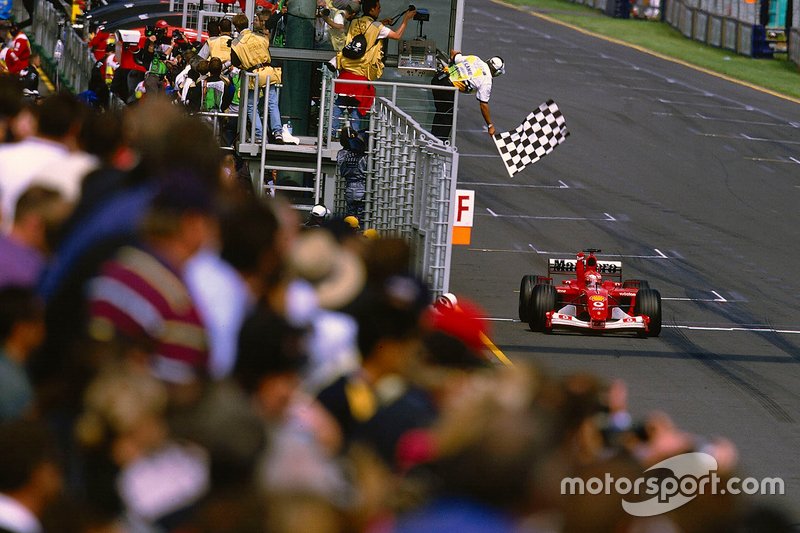 Schumacher and Hamilton compared, by those who worked with both