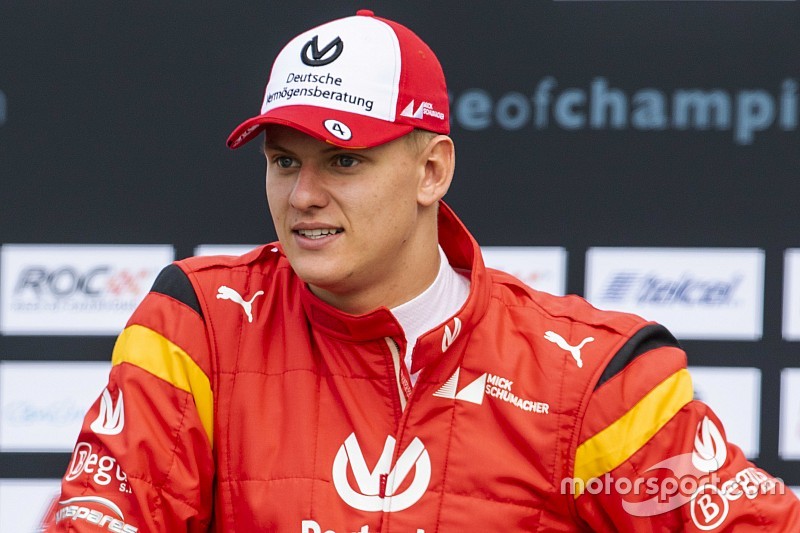 Newly-confirmed Ferrari Formula 1 junior Mick Schumacher is set to be guided by the management company of Nicolas Todt this season.

Schumacher, the son of seven-time F1 world champion and Ferrari legend Michael, steps up to Formula 2 this year with Prema Racing.

The 2018 European Formula 3 champion was named a member of the Ferrari Driver Academy last weekend.

It is understood that Mick will join All Road Management, the company founded by Nicolas Todt – whose father Jean was team boss at Ferrari when Michael Schumacher drove for the Maranello outfit.

The All Road Management stable includes 2019 Ferrari F1 driver Charles Leclerc, who has worked with Todt since he was in karting and won the F2 title with Prema in 2017.

Todt also has successful team ownership experience, having helped form the ART operation with Frederic Vasseur before selling his stake in the French junior racing team to its other shareholders at the end of last year.

Working with Todt, who has always been close to Schumacher, would add further structure for the 19-year-old as he bids to make it to F1.

It could help his chances of negotiating his F1 test debut in 2019 as well.

Schumacher's new FDA role could facilitate time with Ferrari or one of its customers, Haas and Sauber – something Leclerc was able to achieve with all three teams.

Last weekend, while competing in the Race of Champions in Mexico, Schumacher told Motorsport.tv: "I'm hugely proud to be able to work with Ferrari, such a great team and huge amount of history, especially combined with my dad. All our hearts are very red."

Why McLaren now has what it ‘badly needed’