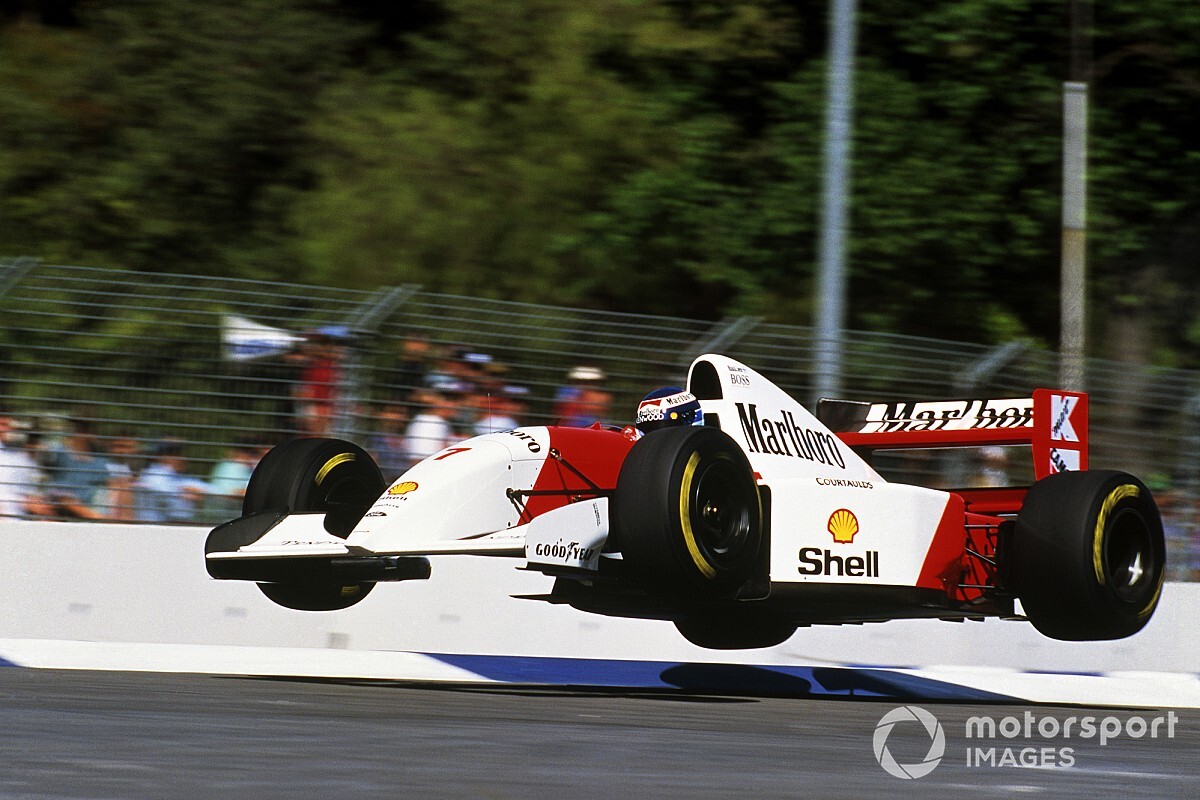 It’s one of the coolest Formula 1 photos ever – Mika Hakkinen flying through the air in Adelaide in his McLaren MP4/8. Twenty-five years on, he recalls that moment along with photographer Mark Sutton, who caught this amazing moment.

Mika will donate all his profits to charity – pictures can be acquired here. 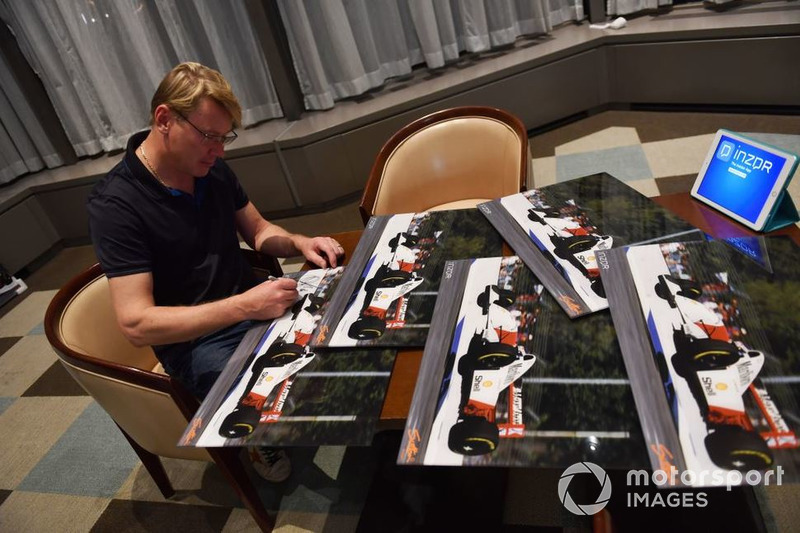 Hakkinen tells the full story of what happened: “It was incredible. The way those machines had developed in 1993, they were the ultimate machines. The way the active suspension was working, ABS brakes, fly-by-wire throttle system, power steering – the cars were just so fast.

“That corner, entering the Brabham Straight, it was so quick, and what made that corner so difficult was that you’d brake just a tiny bit, to transfer the weight to the front-end, and you turned in, foot-down, flat-out. Traction control took care of the back end.

“On this lap, when I entered the corner, I made a mistake. The moment you turn in, you have a kerb, outside of the track, and my front tyre touched this a little bit on entry. The car didn’t want to turn, instead it wanted to go straight.

“As soon as I realised that, it would have been too dangerous to try and turn-in normally. So I decided to scrub as much speed down as I could, and go straight. Then I realised that the kerb on the exit was massive!

“I didn’t want to hit that sideways, so I went straight on and hit it with the front of the car – and it just launched me! It felt like one meter from the ground! What’s incredible about the picture is that it catches this amazing moment. The camera technology wasn’t as good then as today, so to get this clear image – wow!

“When I hit the kerb, I don’t wanna say where it hurt the most, but you can guess! It hurt! And I’m flying through the air and I thought ‘oh my God!’ you know?! And I was sure the landing was gonna hurt the car, and of course it caused some damage. But only the front wing and a few things.

“That afternoon and that evening, I was a very kind boy to the mechanics! I looked after them, while they fixed what I’d done to their car.” 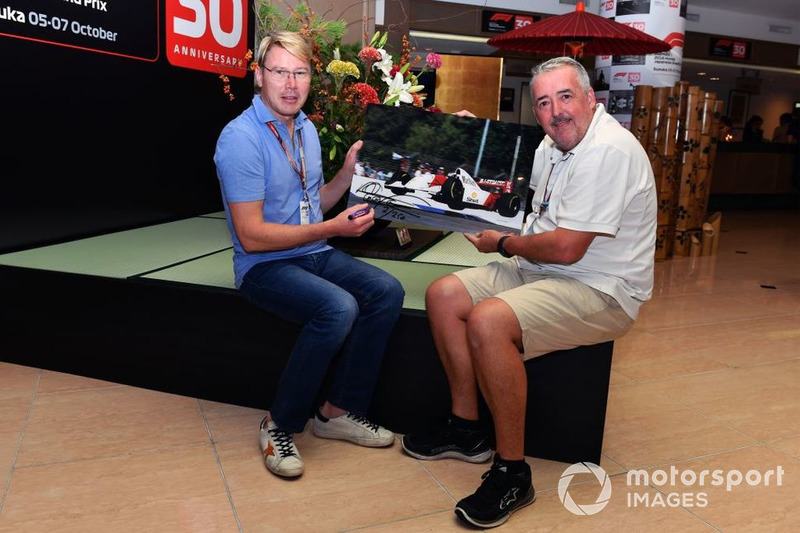 Mark Sutton recalls his special moment too: “It was a warm, sunny day in Adelaide I was shooting at Brewery Bend corner when I saw Mika’s car coming towards me over the kerb, so I just kept firing my shutter. It took only five frames, one where Mika is hitting the kerb, one where he is in the air and then where he’s going back down and he returned to the pits. None of the other photographers seemed to have gotten it.

“When the film came back the next morning, I said ‘Wow, that’s amazing’ and all the photographers came to look. The car was like six feet in the air, and the image was pin-sharp even though the shutter speed was 1/125th of a second.

“I took it to show Mika, he was flabbergasted, saying ‘Are you sure that’s me!?” Then he showed his engineer who said ‘That’s why there was a blip on the telemetry…’

“Sure, this is a memory I will never forget!” 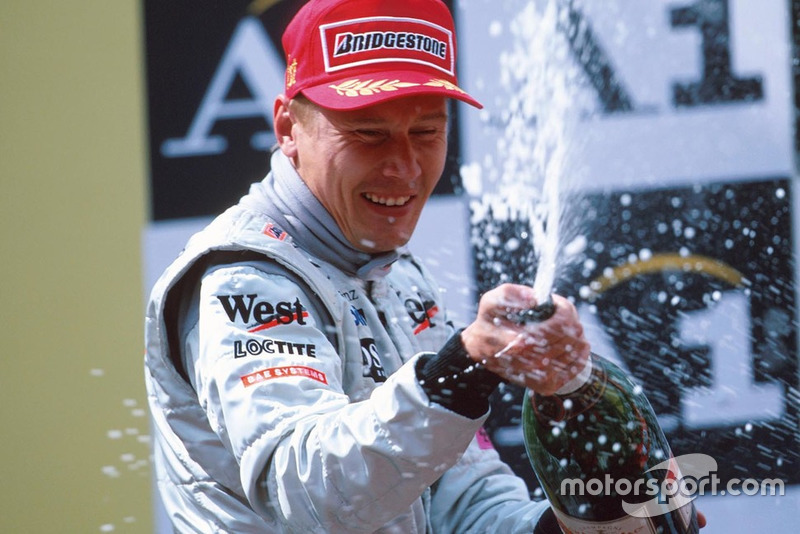 Steiner: Haas F1 signed Fittipaldi for ability, not his surname