Monaco "not so bad" for Force India despite non-score 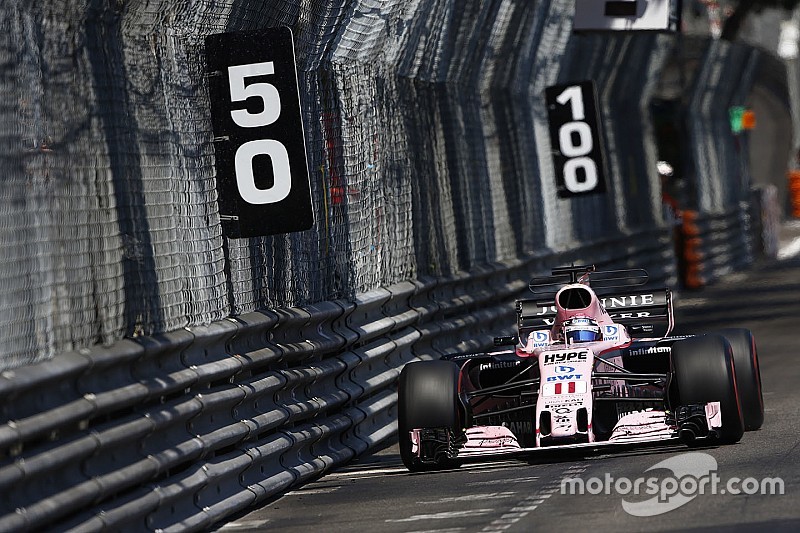 Force India deputy team principal Bob Fernley says last weekend's Monaco Grand Prix was "not so bad" for the team, as its midfield rivals failed to take advantage of its failure to score.

Sergio Perez and Esteban Ocon both finished in the top 10 in the first five races of 2017, putting Force India in a firm fourth place in the constructors' standings.

However, having run seventh early on in Monaco, Perez finished 13th after two pitstops for new noses following contact with Carlos Sainz and later Daniil Kvyat, while Esteban Ocon made an extra stop with a rear puncture, and could not better 12th.

“What’s happened has happened,” Fernley told Motorsport.com. “It has to come to an end at some point, and if you’re going to have a bad day, hopefully we’ve had it all in one go!

“It wasn’t so bad for us. We lost a few points to Toro Rosso, but we’re still well clear [in fourth place], and the rest of them were taking points off each other.

"We’ve got two races that should be strong for Williams and ourselves – particularly Montreal for Williams, while Baku will be good for us – then we’ll have a look at it once we’ve done those two. But we can’t afford to be complacent.”

Perez anger not an issue

Perez raised a few eyebrows during the race when he reacted angrily on the radio after being told to back off to cool down the engine while fighting for position.

But Fernley insisted that the team was not worried by the Mexican’s outburst.

"If you get too close to somebody, the engine overheats, and you can’t get close and overtake them and prevent them from overheating!

"I don’t blame him at all, I think our pitwall handled it very well. He was racing.”