Monteiro gets to know the EJ15B 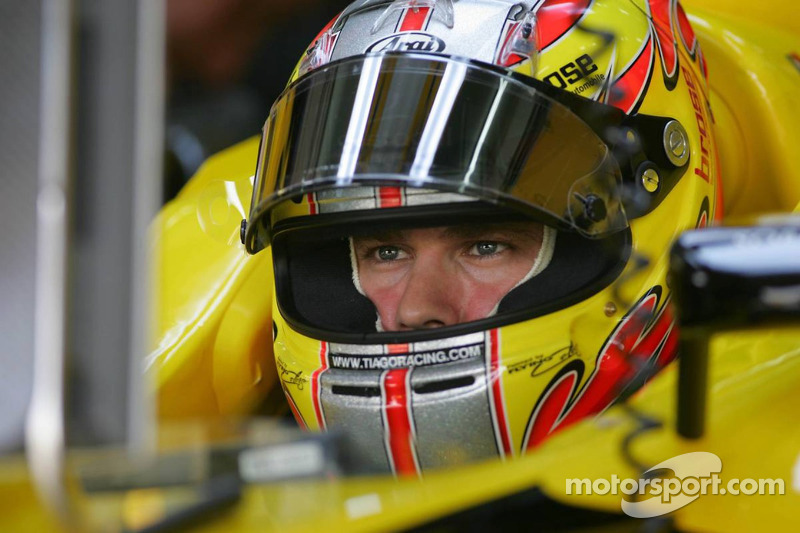 Tiago Monteiro's confidence in his machine and his team grows with each Grand Prix. After bringing home Jordan Toyota's first Top 10 finish in Bahrein, and despite race conditions resembling Dante's Inferno, where his anti-skid system tried its best ...

Tiago Monteiro's confidence in his machine and his team grows with each Grand Prix. After bringing home Jordan Toyota's first Top 10 finish in Bahrein, and despite race conditions resembling Dante's Inferno, where his anti-skid system tried its best to grind down his tires, the championship's only Portuguese driver is encouraged by the return to Europe and the private tests conducted at the Paul Ricard circuit last week, as well as his team's plans. 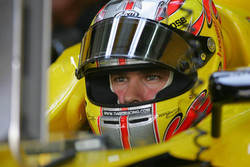 Jordan Grand Prix surprised Tiago Monteiro by unveiling for him a model of the Jordan EJ15B which will be given to him in July. "I was very impressed by the team's technology and dynamics, they are making a lot of effort to give us a better car for the second half of the season," Tiago explained on the eve of the San Marino Grand Prix."

"We new that this initial phase of the championship would be the hardest for us, bt the transition is going well and each member of the team is still very motivated to keep moving forward, and they will continue to be."

Tiago's goal for the upcoming GP's will be the same as for the first few legs of the season. "Finishing races is very important to being able to continue improving the car. The changes we have made for the EJ15 are nor revolutionary, so we shouldn't expect miracles. I expect a hard fight in Imola, but I am ready for it."

"We are entering a new phase of the championship, going from large, modern tracks, in sweltering conditions, to a more conventional circuit format in Europe, with milder temperatures. I know the routes to come, but it's been three years and I was driving a totally different car."

"So the conventional wisdom that since I know the route I will have an advantage is wrong, because the Formula One single-seater is a totally different machine, and the reference points on a track need to be totally revised."

Although Tiago is a newcomer to Formula One, his talent and his consistency have helped him cover more kilometers than any other driver in the championship this season. That's no insignificant statistic for a rookie! "It's very important, and in part I owe it to the excellent reliability of the package I have been given, which has enabled me to finish every race."