Unsurprisingly, on the heels of the announcement that Juan Pablo Montoya will leave Formula One at the end of this season and race NASCAR in 2007, the Colombian has stepped down from his McLaren race seat, effective immediately. Montoya will be ...

Unsurprisingly, on the heels of the announcement that Juan Pablo Montoya will leave Formula One at the end of this season and race NASCAR in 2007, the Colombian has stepped down from his McLaren race seat, effective immediately. Montoya will be replaced by team test driver Pedro de la Rosa for the foreseeable future. 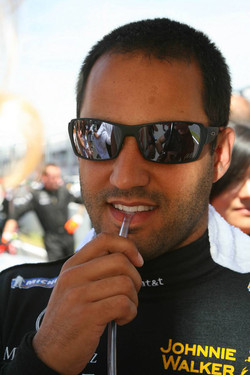 McLaren and Montoya have had an uneasy relationship this year and the news that he will be reunited with Chip Ganassi in 2007 finally put the brakes on his McLaren career. Montoya will now spend time with his family and make preparations for his NASCAR career next season.

"I know that it will be a tough transition but I'm really excited about the opportunity to move into the NASCAR championship," he said in a press release. "I have enjoyed most of my time in Formula One and I'm grateful for this opportunity to settle my personal life and concentrate on my future career."

Montoya and McLaren seemed destined to never get on but, of course, with hindsight, it's easy to say him signing with McLaren was a mistake. And it was -- what were they all thinking of? Fiery, temperamental Montoya and conservative, grey McLaren. It was never going to work.

Team principal Ron Dennis said the expected blurb. "Juan Pablo is an exciting driver and immensely likeable character who will undoubtedly make a successful transition to the NASCAR scene," he commented.

"We have agreed that with so many things happening in Juan Pablo's life right now, he should take some time out of the car and prepare professionally and personally for the future."

Mercedes counterpart Norbert Haug was equally bland. "We believe that Juan Pablo's decision to move to NASCAR is very important for him professionally and we will give him every support to ensure that it is a successful transition."

De la Rosa now gets his chance to try convince McLaren that he is a worthy partner to Fernando Alonso next year. "I'm of course extremely thrilled to have this opportunity to race the MP4-21 - a car in which I'm really comfortable," he said. "I know the MP4-21 better than anyone else and I'm confident that I can achieve important World Championship points for the team."

Although understandable, this decision is a blow for Formula One. There are few characters left in the sport and Montoya is one whose departure will be felt, especially at such short notice. Even Jacques Villeneuve is polite these days -- it's depressing.