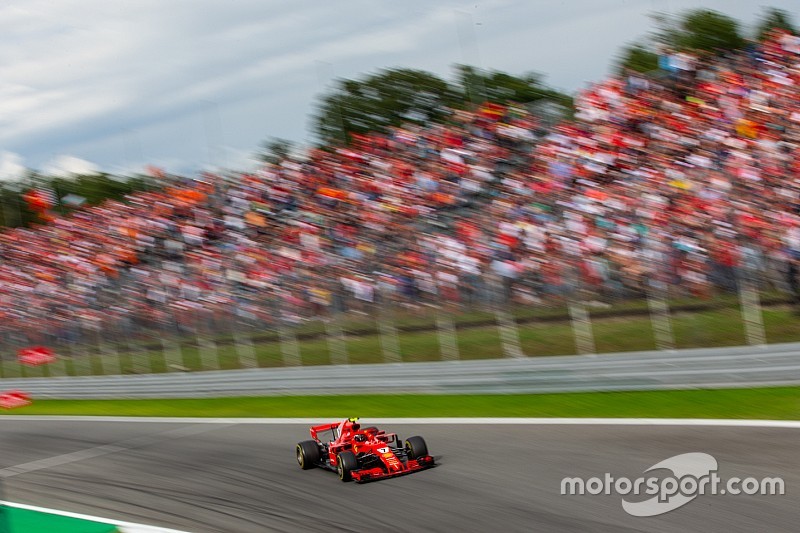 Italian Grand Prix officials have moved a step closer finalising a deal to keep the race on the calendar until 2024 after agreeing financial terms with Formula 1’s chiefs.

This year’s Italian GP at Monza is the last under the terms of the current contract, and there had been fears that a lack of financing would leave the event unable to secure a new contract with Liberty Media.

Only recently the ACI, Italy motorsport’s federation, said it urgently needed 60 million Euros to help with renovation work its wants to complete before Monza’s centenary in 2022.

But with a more positive outlook on Tuesday, the ACI issued a statement saying that a new five-year contract was now close.

"ACI and Formula 1 have reached a general agreement regarding the economic aspects of the collaboration contract for the Italian Grand Prix at Monza for the next five-year period 2020-2024", said the note.

"The General Council of the Automobile Club of Italy has therefore given its President Angelo Sticchi Damiani a mandate to continue negotiating with Formula 1 on all the technical and commercial aspects relating to the partnership, so as to reach, in a short time, the signing the contract and making the collaboration fully operational.”

Sticchi Damiani later confirmed the progress in his own tweet.

Translated, it reads: “A general agreement has been reached between @ACI_Italia and @F1 on the economic aspects of the collaboration contract for the #F1 GP at #Monza until 2024. We continue negotiating with @F1 to reach, in a short time, the signing of the contract.”

With the economic hurdle overcome, progress can be made in sorting out the other aspects of the deal to get it formally signed off.

The progress of Monza came on the same day that British Grand Prix host Silverstone moved to deny reports that it had concluded a fresh contract to keep the race until 2022.

Like Monza's current deal, Silverstone’s contract runs out at the end of this year. This is because the track activated a break clause in its previous deal because it could not afford the scale of the escalator fee.

The Northamptonshire track has been clear that it will not bankrupt itself to keep F1 but, despite lengthy talks, there has not yet been grounds to get the deal across the line.

In a tweet responding to reports that a new contract had been signed, Silverstone responded: “Unfortunately there is unsubstantiated news circulating this morning regarding the agreement of a new deal for the British Grand Prix at Silverstone. At this time we can confirm that we have not agreed a contract however talks are still progressing.”