Both Hamilton and his Mercedes teammate Valtteri Bottas were subjected to boos post-race, after a weekend in which the tifosi’s usual Ferrari support was mixed with antagonising its rivals.

Asked how he felt about drivers being booed, second-place finisher Raikkonen said: “I think everybody has the right to do what they feel like but I don’t think it’s very nice.

“I don’t think it should happen. It’s not my decision but it happens and that’s how life is. But it’s not very nice.”

Ferrari has not won on home soil since Fernando Alonso’s victory in 2010.

It locked out the front row at Monza but Sebastian Vettel spun at the second chicane while being passed by Hamilton, who then overtook Raikkonen late on to steal the win.

Mercedes has now won the last five Italian GPs, with Hamilton clinching four of them.

Hamilton said he thinks the booing is “acceptable” but said “I don’t really understand it”.

He added: “I’ve been to football games, NFL games, basketball games and rugby games, I’ve never booed a player on the opponent’s team and none of my friends do either.

“So, I don’t get the psyche of it. But it happens in all sports. It happens more in football and here more than I’ve noticed in others.”

Bottas backed his teammate’s opinion that fans have the right to “say whatever they like”, but said it was “not as nice as when someone is shouting your name”.

Both Mercedes drivers also said they used it as fuel to perform this weekend.

“For me, it is easy to allow it to get to you, to have an impact of your life,” said Hamilton. “It is also quite easy to harness it and use. That gave me so much motivation today.

“I welcome it, if they want to continue to do it, it just empowers me.”

Bottas added: “Like Lewis mentioned, sports people have the right mindset, and we can turn some negative experiences into strengths. If you do it right you can really use that as a source of energy.” 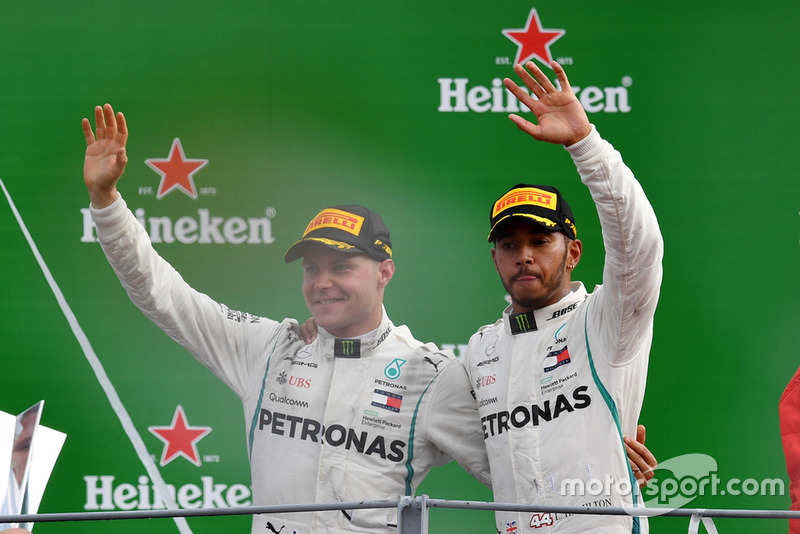 How Ferrari's new F1 simulator could be a game-changer