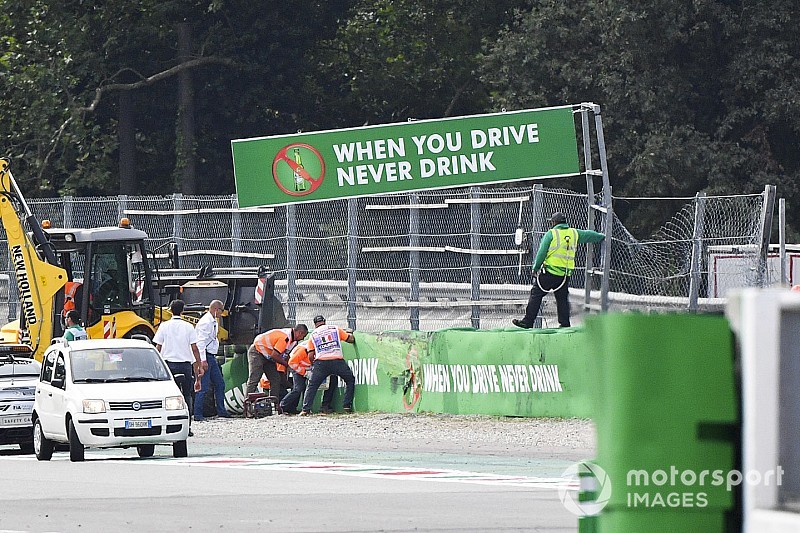 Formula 1 drivers were held back from starting final practice session for the Italian Grand Prix on Saturday morning to allow race organisers to remove a sausage kerb that had caused a horror crash in the earlier FIA Formula 3 race.

Australian driver Alex Peroni had been launched into a barrel roll after striking the sausage kerb that was in the run off area at Parabolica in the closing stages of the race.

His Campos Racing machine completed two full revolutions before landing upside down on the barriers and smashing through the catch fencing.

Peroni was seen walking away from the accident and was immediately taken to the medical centre. His team later said that he will go to hospital for precautionary checks.

His Campos Racing team tweeted: “Alex is in the medical center of the circuit. Looks like he's ok. He will go to the hospital for more tests.”

With the sausage kerb Peroni hit clearly having potential for further problems, race organisers worked on removing it before the start of FP3, as well as repairing the damaged fence.

Shortly before the start of the session, it was announced that the session would officially start on time but the pit exit would remain closed until the track work had been completed. The pitlane opened at 12.10pm local time. 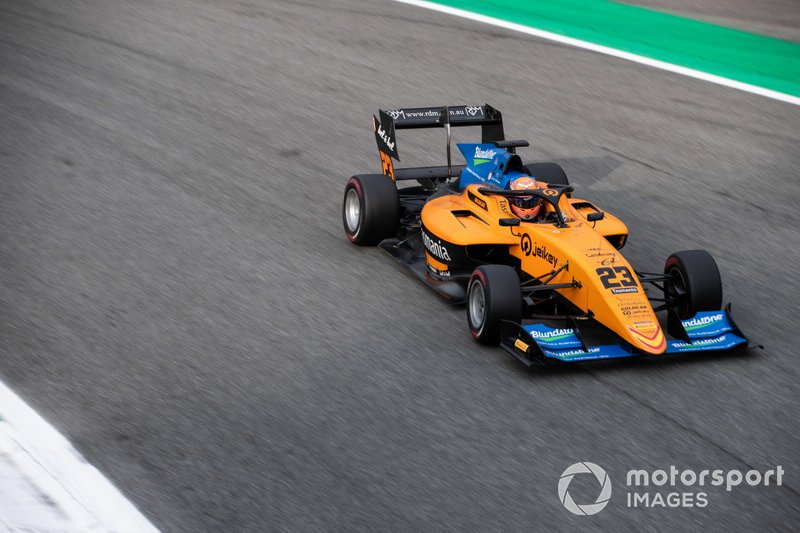 A number of drivers took to social media immediately after the accident to question why the sausage kerb had been placed there.

"I dont like sausage kerbs, never did and today in F3 here in Monza we had yet another reminder that they are (in most places) a bad solution."

Ex-GP2 and GP3 racer Mitch Evans, who now competes in Formula E, said: “Who the hell thought it was a good idea to plant a sausage kerb on the outside of the Parabolica? Just put grass and gravel back for god sake.

“Good to see Peroni walk away from that, scary accident.”

Sometime Red Bull F1 tester and ex-GP3 driver Jake Dennis claimed he “knew it would happen one day” and that it was “just a matter of when” such an incident would occur with this kerb design.

“Sticking a random kerb on the exit of Parabolica going at that speed is just ludicrous,” he tweeted. "Copying the Red Bull Ring T1 kerb would solve all issues.”