Here is today's news blast to get you up-to-date on what's been making the Formula 1 headlines over the past 24 hours.

Hi, this is Motorsport.com’s Global Editor-in-Chief Charles Bradley and I hope you’re well. Let’s take a high-speed look back at yesterday’s news stories in the aftermath of the Belgian Grand Prix.

The World Drivers’ Championship is finely poised right now, with both Mercedes and Ferrari claiming a victory of sorts.

For Ferrari, it had taken on Mercedes at what’s regularly its strongest track – and given it a good run for its money. Its performance deficit was smaller than many expected.

Mercedes – well, of course it actually won on Sunday. But after the race, talk turned to fresh tensions between itself and Ferrari over Formula 1's ongoing oil burn controversy, after its move to introduce a new engine at Spa.

The FIA has been pushing hard all season to clamp down on teams burning oil for performance gains, with a series of technical directives being published. The latest move came in July, when the FIA informed teams that any new engine introduced from the Italian GP would be allowed a maximum consumption of 0.9 litres of oil per 100km.

However, engines brought in before then would be allowed to use up to 1.2 litres per 100km, handing an advantage to anyone able to get engines ready before Italy… Mercedes duly introduced its fourth and final power unit of the campaign in Belgium, prompting intrigue about whether or not the timing was related to the Monza oil burn limit.

Whether it was or it wasn’t with this in mind, it was a psychological blow back towards Ferrari.

Verstappens starting to "question everything" at Red Bull

Jos Verstappen has admitted that he and his son Max are starting to question whether Red Bull can turn around its situation with Renault, as frustration mounts over his run of retirements.

It was his fourth mechanical failure in a race this year, and his sixth retirement of the campaign so far. Speaking to Dutch TV channel Ziggo Sport, Jos Verstappen said: "Maybe this is the wrong moment to ask this question, but you do start to question everything.”

Ferrari has no more circuits to fear, says Vettel

Formula 1 championship leader Sebastian Vettel says Ferrari has no circuits to fear over the remainder of the 2017 season after challenging Mercedes in the Belgian Grand Prix.

Although Vettel could not beat Hamilton at Spa, he said: "The positive thing is that we had very good race pace. Overall the car was very good.

“I think we are on the right track and I don't think we have a circuit we should fear, going from now.”

Honda says that it found nothing on its data to suggest that Fernando Alonso had a problem with his engine when he retired from the Belgian Grand Prix.

Alonso had endured a frustrating afternoon at Spa-Francorchamps, as he slipped down the field thanks to a lack of straightline speed. Shortly after asking if there was any rain on the radar, he slowed and came in to the pits after reporting over the radio: "Engine problem. Engine problem."

Honda F1 engine chief Yusuke Hasegawa explained: "He radioed in with what he thought was a problem with the car, and although there was nothing showing in the data, we decided to stop the car as a precaution."

That’s it for today’s Motorsport Debrief, we’ll be back again tomorrow. But before we go…

And finally: The moment that Alonso realised his McLaren was struggling for top end 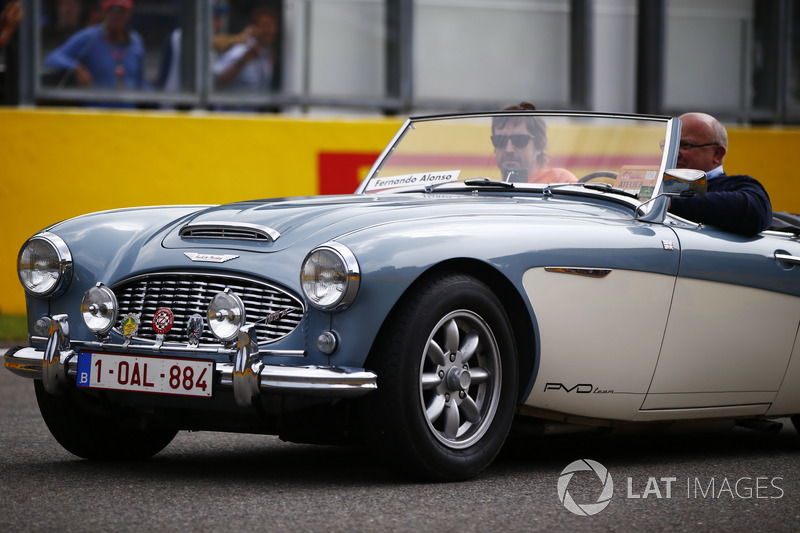 Why Ferrari persists with 'laggard' Raikkonen