Mugello to allow fans in at Tuscan Grand Prix F1 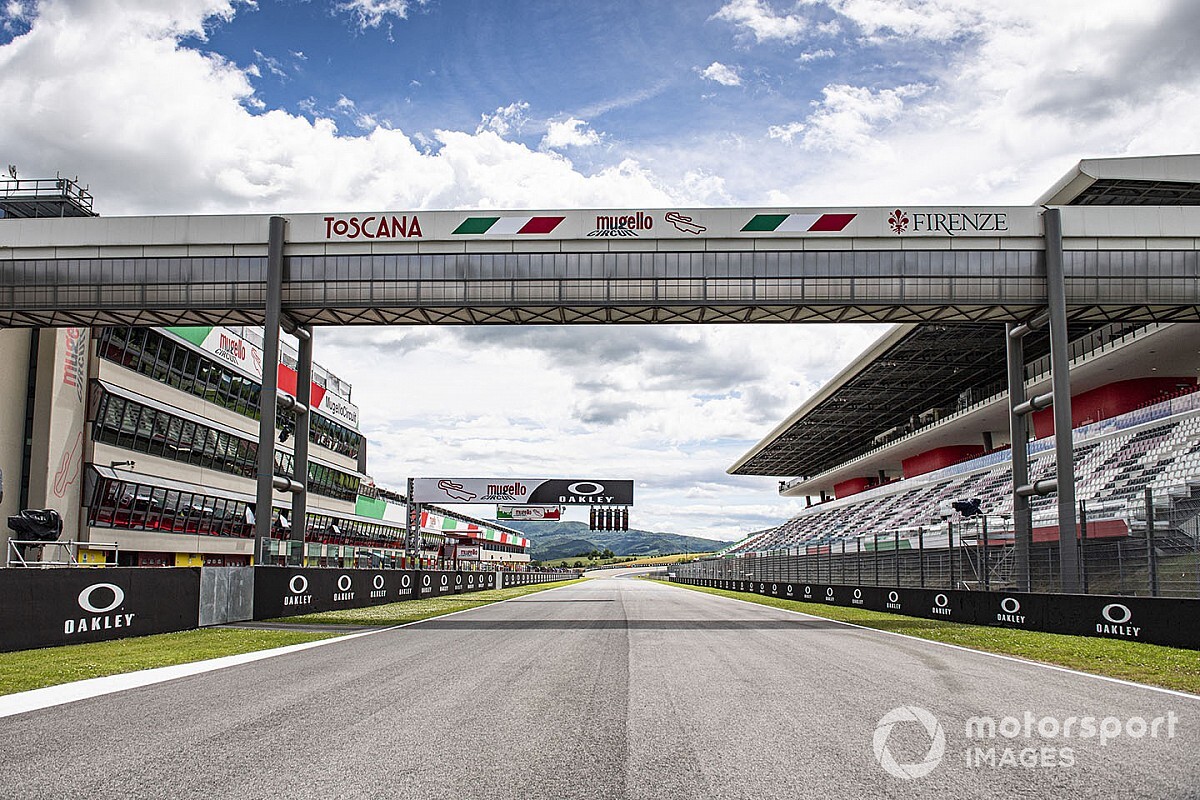 The Tuscan Grand Prix will be the first Formula 1 race open to fans in 2020 after Mugello announced the spectator levels permitted for next month’s event.

F1 has staged all of its races through 2020 so far behind closed doors as part of the COVID-19 event protocols, with reduced numbers of paddock personnel also permitted to attend.

F1 officials had been hopeful of getting fans back to races from the autumn onwards, but both this weekend’s Belgian Grand Prix and next week’s Italian Grand Prix take place behind closed doors.

Mugello has now formally confirmed that it will be opening its doors to fans next month when it hosts its maiden F1 grand prix, albeit on heavily reduced numbers.

There will be 2,880 tickets on sale for each day of the Tuscan Grand Prix, split across three grandstands.

“Members of Scuderia Ferrari clubs will be offered a private allocation of 880 tickets available for purchase for Tribuna 58.

“A detailed operating plan, presented by Mugello Circuit and approved by Regione Toscana, contains all the anti-COVID-19 actions envisaged in this circumstance to guarantee the maximum safety for all attendees.

“Tickets will be available from Tuesday 1 September.”

The race will be Ferrari’s 1,000th grand prix as a team in F1, with the Italian manufacturer set to enjoy title sponsorship for the event.

F1 plans to open the Russian Grand Prix up to fans at the end of September, with the promoters of the race in Sochi hoping to allow around 30,000 spectators through its gates, running at around half of its regular capacity.

It is also understood that the returning Portuguese Grand Prix, taking place at the Algarve International Circuit in October, is being targeted at having between 50,000 and 60,000 fans permitted to attend.

The season finale in Abu Dhabi is set to run behind closed doors, but there is an ongoing evaluation for the back-to-back races in Bahrain to also be opened up to fans.

Sainz: McLaren could be in "trouble" if it rains at Spa