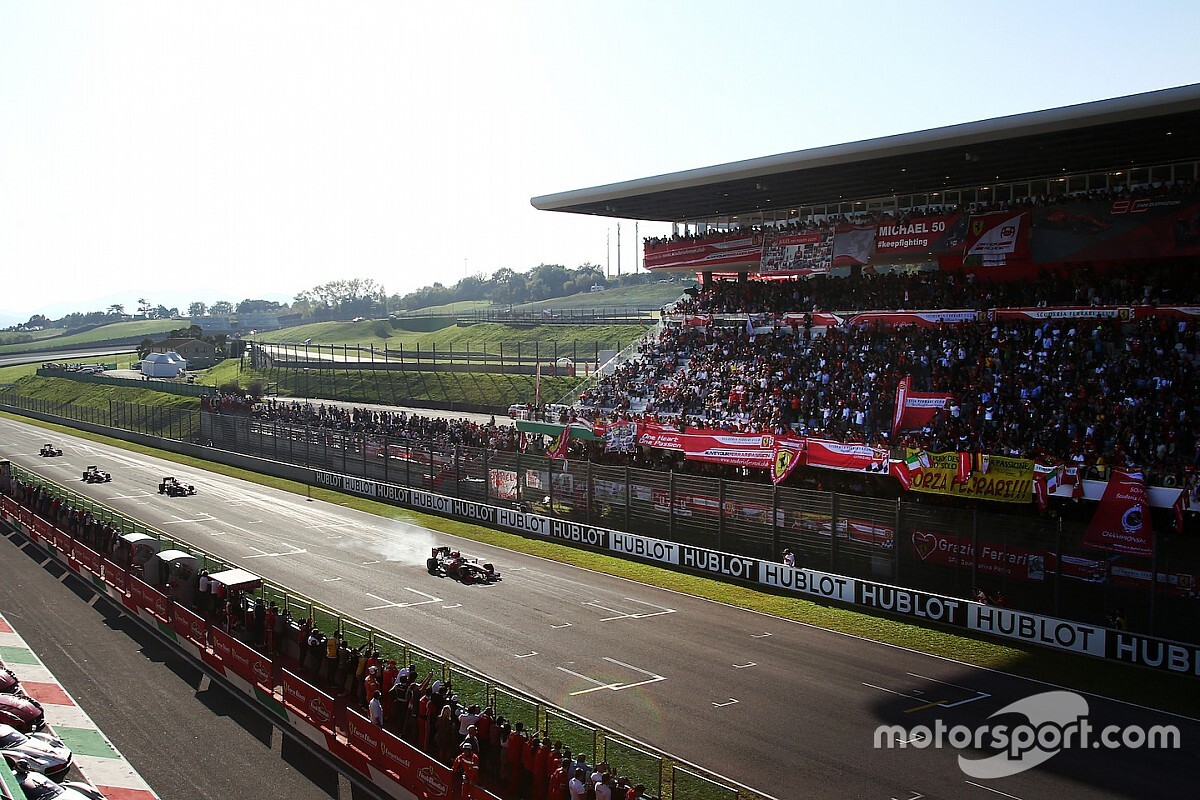 Formula 1 has announced two further races on the 2020 schedule, with events at Mugello and Sochi to follow the initial batch of eight events.

As expected, Grand Prix of Tuscany in Mugello follows Spa and Monza on September 13 as the third leg of a triple header, while the Russian GP will retain its original September 27 date.

Sochi will also be the first “flyaway” race of the season with the cars and equipment travelling on plane.

Ferrari-owned Mugello will be the site of the Maranello team’s 1000th GP, and will also host both the F2 and F3 support series, holding the season finale of the latter.

“We are delighted to announce Mugello and Sochi will be part of the 2020 calendar," said F1 boss Chase Carey. "And want to thank all our partners for their support in recent weeks.

"We had great start to our season in Austria last weekend and we are increasingly confident in our plans to race throughout the remainder of 2020.

“The Russian Grand Prix is a major moment in our season, and we are looking forward to being back in Sochi in September. We are equally excited to see Formula 1 race for the first time at Mugello, an occasion that will mark Ferrari’s 1000th Grand Prix.

"Both races will be a huge boost for fans with more announcements on the next races in our calendar coming in the weeks ahead.”

Ferrari boss Mattia Binotto said the news was a plus for Ferrari and its plans to celebrate its 1000th Grand Prix.

“I want to thank the promoter for all their hard work to make this happenm” said Binotto. “I know all our fans will be excited to see us go racing at this amazing circuit and Ferrari tifosi will be treated to a celebration of the team’s 1000th race.

“To be able to celebrate an extraordinary anniversary like the 1000th grand prix for Scuderia Ferrari at our own home at Mugello is an incredible opportunity, Mugello is not just one of the most spectacular and challenging tracks for drivers and cars, it is also a structure that has made sustainability one of its priorities.

“This commitment has taken it to levels of excellence both for Italy and the world. There are lots of people to whom we send thanks for turning this opportunity into reality – above all Formula 1’s Chairman and CEO Chase Carey, who knows and appreciates the value that our team represents for this sport, to the extent that he was prepared to recognise this anniversary in the official name of the event.

“For me personally, Mugello is linked to the memories of so many days of testing that I have worked at along with the rest of the team in a bid to improve the car, sometimes dreaming of taking on our opponents there.

“To think that today we are about to have an event like a Grand Prix there – and the thousandth in our Formula 1 history no less – is a wonderful feeling. I can’t wait for that dream to come true on September 13.”

No other races have been revealed thus far, but the next announcement is expected to include Portimao, Shanghai and Hanoi, all of which are being lined up for October.

November is still to be filled pending firm decisions on Austin, Interlagos and Mexico City, but sources suggest that none looks likely to happen, and European races could be slotted in in their place.

The season is expected to end with two races in Bahrain on November 29 and December 6, prior to the Abu Dhabi finale on December 13.

Imola and Hockenheim remain on standby and could be slotted into any gaps, local weather considerations permitting.