Ferrari’s latest Formula 1 engine is complemented by a new fuel from Shell that is estimated to be worth more than 20 percent of the upgrade’s performance gain.

Shell has brought a new fuel to the Belgian Grand Prix that has been developed in tandem with Ferrari’s latest V6 and maintains its contribution of “over 20 percent” towards gains.

“This circuit will exaggerate the difference because it’s longer and power-demanding, which is a good thing,” Shell motorsport technology manager Guy Lovett told Motorsport.com.

“Over the past three seasons, through our fuel and lubricants development work, we’ve contributed to over 20 percent of Ferrari’s power unit gain in performance.

“You always expect to make big gains at the start and then for development progress to taper off. We’ve not found the taper yet.

“That’s enabling us to make significant performance contributions to Ferrari, in that ‘over 20 per cent’ bracket.

“It surprised us a few years ago that the fuel could make so much difference to the new V6 engine but we’ve been able to continue that.”

Ferrari emerged as a regular challenge to the all-conquering Mercedes package last season and has been credited with having a superior engine this year. 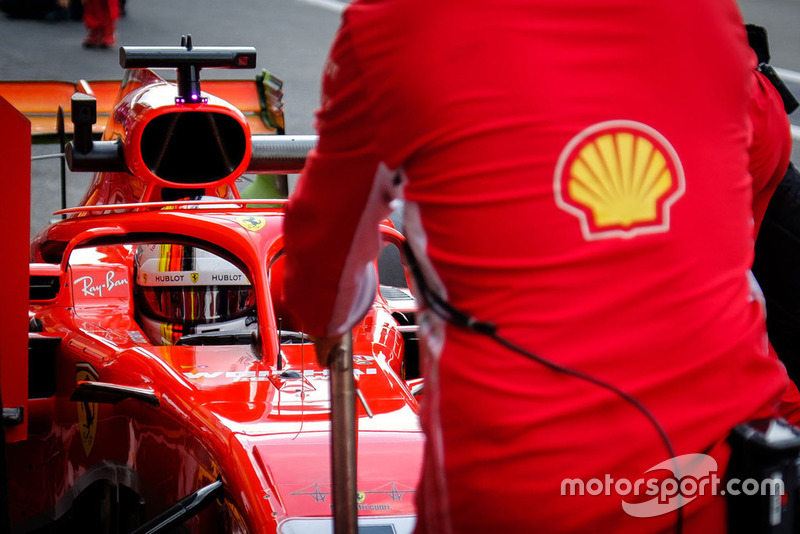 The latest fuel continues experimentation with different ingredients, such as additives to counter engine knocking, a phenomenon in the ignition phase that reduces engine performance.

That enables it to push the spark timing of the engine and extract more performance, without sacrificing the calorific value of the fuel too much.

Keeping the fuel’s calorific value high means having as much energy in the fuel as possible, so Ferrari can run the engine harder for longer as well as boosting its basic power values.

The fuel also contributes to a greater peak power and raised weighted power, the engine’s predominant speed range, which ensures an overall performance gain as well as a higher power curve.

“The regulations do allow for sufficient scope for innovation and that can be from different component and chemistries, how we formulate the fuels, the mix,” Lovett explained.

“If you look at it from a food standpoint, we’re fine-tuning the ingredients but also the recipe.

“How we do that is a combination of experimental work at our technical centre in Hamburg, a big amount of activity in modelling and simulation and testing and proving those products on the engine dyno in Maranello and at the race track.”

Shell’s massive F1 investment involves more than 50 scientists and engineers that amass more than 21,000 hours of work a year between them.

Lovett believes the company is “on target” with its 2018 developments, which will now reduce as it switches focus to 2019.