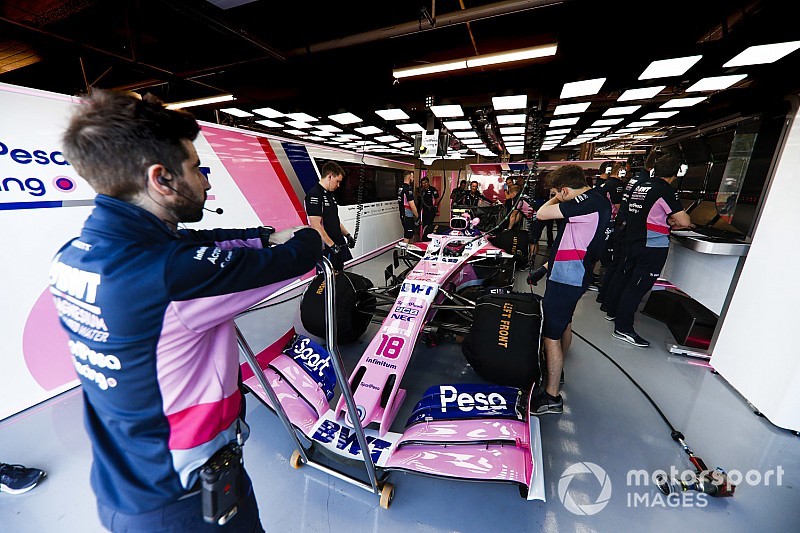 Plans are in hand to compress the weekend from 2021, with some of Thursday's activities potentially being moved over to Friday.

The general idea is to allow working F1 personnel to arrive at the track a day later than they do at the moment, thus balancing out a planned expansion in the calendar to as many as 25 races.

Szafnauer reckons the revised schedule would not make a significant difference for his staff.

"We've briefly looked at it, and we think not for the mechanics, but maybe some other people can come out later. I'm not sure it's going to do it," he said.

Szafnauer acknowledged that as the calendar has extended it had become harder for staff to justify time away from home, leading them to ask for factory jobs.

"Even at 21 it's difficult. We had someone in the garage the other day who said, 'You've got a young team.' The team is young because if you suddenly have a family, you don't want to travel anymore, not when you come out on Monday and stay until Monday.

"There are some of us who are a bit more privileged who come out on Thursday and leave Sunday night, and that's a lot easier than a Monday to a Monday.

"Now you start to have back-to-back races, and you go Monday to Monday. Well, guess where you are the next Tuesday? Not at home. And that's the difficulty, and it's a real difficulty."

Renault team boss Cyril Abiteboul said he is open to changes in the race weekend format – but would like to see some that benefit the fan.

"We understand why this is being proposed," Abiteboul told Motorsport.com. "It's clearly a way to facilitate the extension of the calendar, to reduce the workload at the track, so the number of races can go up. We understand the principle."

Abiteboul believes that an extension of the curfew would be a positive move: "Again we are trying to put lots of constraints, lot of regulations. There is something which is quite good, which is the curfew.

"You could extend the hours of curfew, and then it's up to the team to define what they want to do within that curfew, if they have time to strip the car and disconnect the chassis from engine and gearbox, or not. That's up to them.

"In general I'm in for a more dynamic weekend format, and by the way I would go much further than what's been considered, because the curfew is impacting us, but it's not impacting the fan.

"I think what needs be done is impact the fan, impact people around the track, impact what we can offer the broadcasters, and so on. I'm up for that."

Hamilton chasing "imaginary" rival when he's ahead of Bottas