Kimi Raikkonen is looking increasingly likely to earn a fresh Ferrari Formula 1 contract for next season, with Charles Leclerc either staying at Sauber or moving to Haas.

A poor run of form earlier this year, combined with Leclerc's strong results in the first half of his rookie season, had edged Ferrari towards dropping Raikkonen at the end of 2018.

However, the passing of Sergio Marchionne – a supporter of Leclerc – and an upturn in 2007 world champion Raikkonen's form seem to have earned the Finn a reprieve.

With Raikkonen's prospects of a new Ferrari deal becoming more likely, Leclerc faces either another year at Sauber or a move to Haas, Ferrari's other customer team.

Haas is battling Renault for fourth in the constructors' championship, while Sauber is only occasionally fighting for points as it continues its rebuild after a few difficult years.

However, Sauber's progress this season has been rapid and its upward trend is likely to continue under the new technical leadership of ex-Ferrari man Simone Resta and backing from Ferrari's sister brand Alfa Romeo.

Ferrari's close ties with Sauber mean Leclerc or his fellow protege Antonio Giovinazzi are favourites for one of the seats at the Swiss team next season.

Leclerc could move to Haas to partner Kevin Magnussen as Romain Grosjean is under pressure to keep his seat at the American team.

Grosjean had a poor start to the season but has rallied since and posted three points finishes from four races before the summer break.

Leclerc tested for Haas in 2017 but was not considered for a 2018 drive because the team did not want a rookie driver.

Whichever Ferrari youngster drives for Sauber next year, the identity of their teammate appears to depend on a behind-the-scenes battle between team directors.

One of Sauber's investors is Hans Rausing, Marcus Ericsson's backer, who is keen to keep the Swede in F1 next season.

However, if the decision is made not to continue supporting Ericsson, then the likes of Grosjean or current McLaren driver Stoffel Vandoorne would be in the frame to replace him.

Sauber team principal Frederic Vasseur has worked with Vandoorne before, when Vasseur's ART team ran Vandoorne to the 2015 GP2 title. 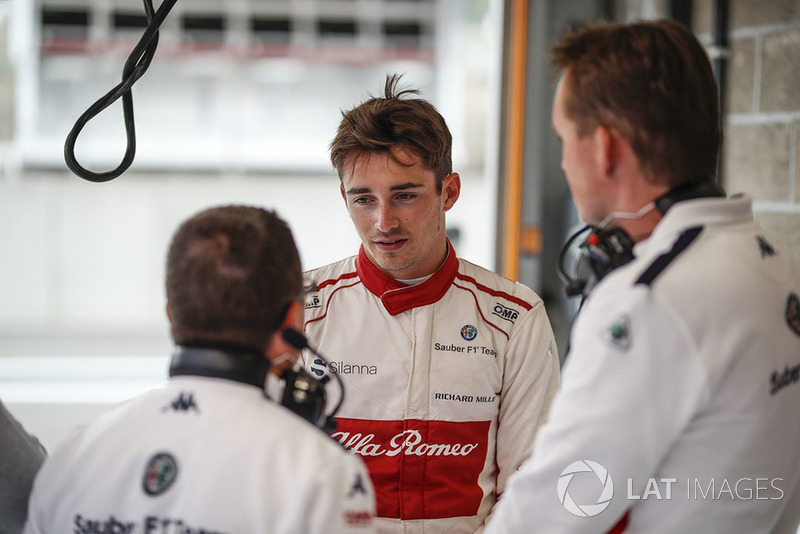