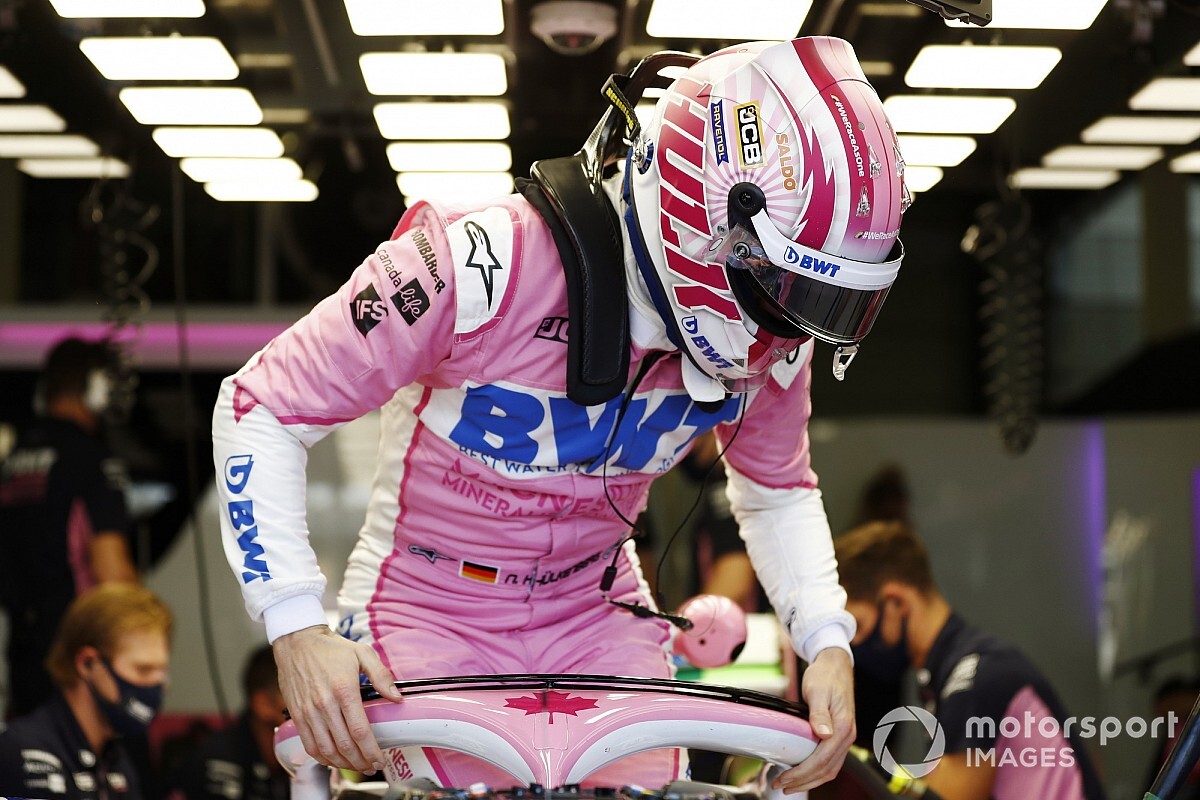 Nico Hulkenberg felt “much more at home” with Racing Point during his second Friday Formula 1 practice appearance after deputising for Sergio Perez once again at Silverstone.

Ex-Renault F1 driver Hulkenberg was drafted in at the last minute for the British Grand Prix last weekend when Perez tested positive for COVID-19, ruling him out of action.

Racing Point confirmed on Friday morning that Hulkenberg would continue to drive for the team at Silverstone in the 70th Anniversary Grand Prix this weekend, with Perez still returning a positive COVID-19 result. Hulkenberg finished fourth in opening practice before taking sixth overall in the afternoon session, finishing within three-tenths of a second of teammate Lance Stroll.

“It was much better, much more familiar with the whole situation inside the car,” said Hulkenberg. “Obviously you know kind of what to expect much more than one week ago. I felt much more at home straight away, physically also much better. A much more round and expected Friday.”

Hulkenberg said the “pace was there straight away” in Friday running as he did not need to get up to speed, but felt there was still more time to be found over his qualifying simulations.

“On the option tyre today, the lap wasn’t that clean,” Hulkenberg explained. “Especially on the last corner, I lost a bit of time. But I’m pretty happy and confident in the car, I have to say. Quite pleased with that. I think we can definitely build on that.”

Hulkenberg revealed he had used the time between the two Silverstone races to complete some sessions in Racing Point’s simulator, allowing him to acclimatise to the RP20 car.

“We’ve used the last couple of days to prepare as much and as good as we can,” he added. “I’ve been in the simulator twice, and that’s certainly kind of helped. We’ve tried a couple of things with the car, with the setup, that cleaned up some of the questions we had.

“That was confirmed today, and the programme today we got through quite cleanly, so it was all good.”