No "animosity" towards Perez - Force India 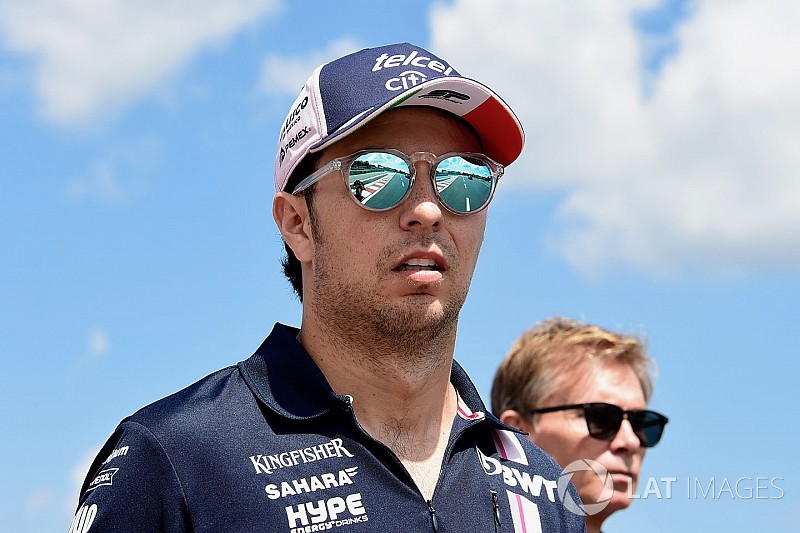 Force India deputy team principal Bob Fernley says there is no "animosity" towards Sergio Perez after the Mexican’s management company took action that put the team into administration.

Perez has a deal that has essentially brings substantial Mexican sponsorship to the team, where he has raced since 2014, while he is in turn paid a salary.

It was a delay in those payments that amounted to several million pounds that eventually triggered his action, which was conducted with the support of other creditors including Mercedes.

Perez took the action through his management company Brockstone, in conjunction with manager Julian Jakobi.

Fernley, who remains in his Force India management role under the administration process, said he had no issue with Perez’s action.

“There can’t be any animosity,” Fernley told Motorsport.com. “Whatever happens, like everybody else, Checo is entitled to be paid.

“Unfortunately we were not in a position to be able to pay him, and patience runs out for everybody. So, that’s a process.

“I don’t think we in any way look negatively at him. The responsibility for payment is on the team, not on Checo.

“He’s been put in a difficult position. I think we have to respect his position, and not criticise it.”

Perez’s action has been misinterpreted by some observers as an aggressive one.

In fact, Fernley believes the eventual outcome will be positive as it will help to bring new investment and new owners.

“The first thing to say is that the current shareholders have done everything in their power to try to stabilise the company and to find investment, and to move forward to take the team where they wanted to take it,” Fernley said.

“Unfortunately that didn’t work out.”

He added: “We’ve got to recognise what Vijay [Mallya, current team owner]’s done. In 10 years he’s taken the team from a really bad state of health into something that was competitive.

“It’s just unfortunate that circumstances have not allowed him to continue.”