'No plans' to leave Monaco for F1 job - Berger

Gerhard Berger on Wednesday dismissed rumours he is set to return to formula one as a boss. 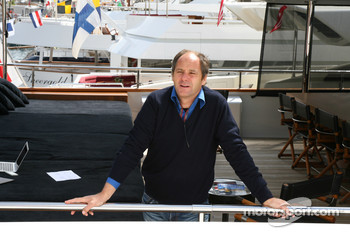 Berger is quite happy in Monaco

The great Austrian, who after retiring from formula one spent time as BMW's joint motor sport director before co-owning the Toro Rosso team, has been linked with Ferrari as well as his friend Dietrich Mateschitz's Red Bull outfit.

"I have no plans to move back to Austria -- on the contrary," he told the Austrian newsmagazine NEWS, addressing the Red Bull rumours.

"I love Monaco, where I have my office," he added.

It is believed the rumours were triggered by his separation with his long-term wife Ana.

"The truth is I have lived away from my wife for one and a half years," he insisted.

I have no plans to move back to Austria

He told the Kurier newspaper earlier this month that he does not particularly miss formula one, and - despite visiting the Barcelona paddock last weekend - he intended to leave town to avoid the chaos in Monaco.

"Although I have many friends who call me and we talk about formula one, I've not hungry any more," he said.

"There are days I want to be back in the middle of it, and others where I just want to sit on a motorcycle or a kart and have fun."