Lotus had no issues with their Renault engine.

Earlier rumours suggested the Enstone team had struck the same sort of Renault-powered trouble that left the French engine supplier's grandee partner, Red Bull, with only a handful of laps of running at the official Jerez test recently.

Now, it emerges that while the E22's Friday debut late last week amounted to a mere 1 lap, the new Lotus in fact completed 100 kilometres the following day -- the maximum amount of mileage allowed for 'filming' test purposes.

The team did not release any detailed information, but a spokesman told Germany's Auto Motor und Sport that both the car and the Renault V6 ran successfully without any major problems.

And team owner Gerard Lopez told France's Infosport Plus: "We were very well prepared. No problems, no overheating, nothing -- the car ran like clockwork, which was quite surprising when you look at what happened at Jerez the first time. 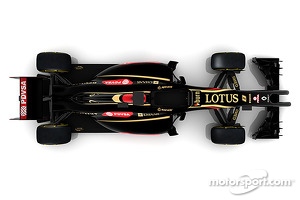 "We are ready to go to Bahrain and start running in the first hour," he added.

Renault also suggested that its tweaks since the Jerez calamity seemed to have borne fruit, saying officially that the Lotus ran "without any reliability problems".

"Updates developed in the dyno at Viry during and post Jerez test were run," the French outfit said, adding that preparations for the next official test in Bahrain "are ongoing".

Renault's use of the Lotus 'filming' day to fix its problems would seem to breach the regulations, but the marque insisted it merely "validated" fixes that were developed at the factory.

"As usual, everyone is committed to providing performance and reliability required for normal PU (power unit) operation and a fully competitive 2014 season," said Renault.

Planning 'all in place' for Austria GP - Mateschitz