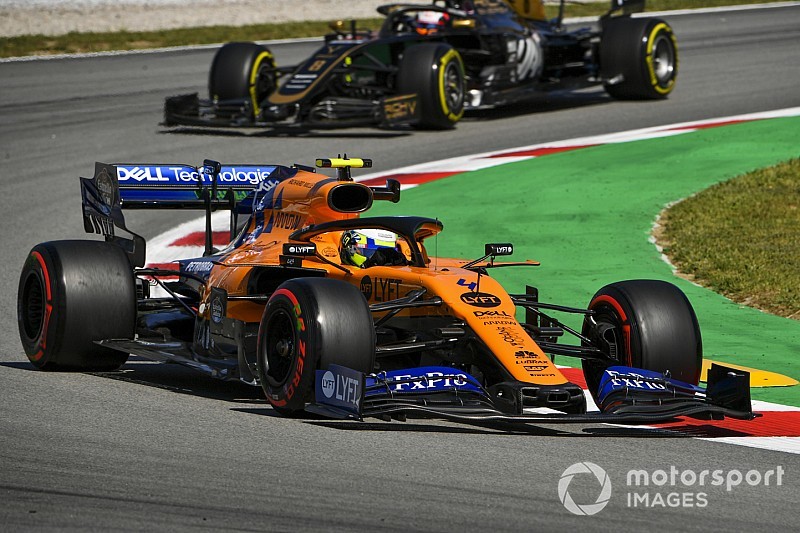 Formula 1’s 2019 rules are exposing the strengths and weaknesses of cars more than the regulations did in the past, reckons McLaren’s Lando Norris.

After a start to the season that has seen some dramatic fluctuations of form in the midfield, Norris is sceptical that the rapidly changing order can be explained by the difficulties some teams are having managing tyres.

Instead, he and McLaren believe that things are shuffling around because of the way that the 2019 car changes aimed at helping overtaking have altered how teams need to approach set-up.

“Maybe some teams think it is that [tyres], but I think the cars this season, the set-ups and how everyone is with the front wings, and how everyone has tried to maximise everything, varies quite a bit from track to track,” explained Norris.

“You have got lower-downforce and higher-downforce tracks, and we have places where you need lower drag. So far this season there have been big differences in the tracks we’ve been to, and it has highlighted the weaknesses and strengths of the different teams.

“That is something we have been able to pick out quite easily: where we are strong, where we are weak and also where other teams are strong and weak.

“I don’t think it is so much the tyres, maybe a small amount of it is, but I think it is more just how the fundamental car is set up – at least for us.

“When you look at China and Baku we know where we were good and where we were bad. I think it is more just the fundamental car package which is performing better or worse at different tracks.”

Although McLaren is currently fourth in the constructors’ championship after a strong Baku result, Norris is wary of thinking the team can expect to be good everywhere.

“For a lot of the teams it has been varying quite a bit,” he explained. “We have one team who is at the top, such as Renault in China. Then we get to Baku and then it is pretty much the complete opposite.

“We looked awful in China and then we looked pretty good in Baku. I don’t think everyone’s expectations are always as they turn out to be on the actual race weekend itself.

“I think we are making progress. We know the areas we have to work on, and we obviously have a couple of upgrades here and there for this weekend. But it is nothing that is going to make us take a massive step forward and easily beat the guys in the midfield.

“We just need to make sure we keep doing the job like we did in Baku – just extract everything we can out there.”