Norris feels he let McLaren down with Q1 exit 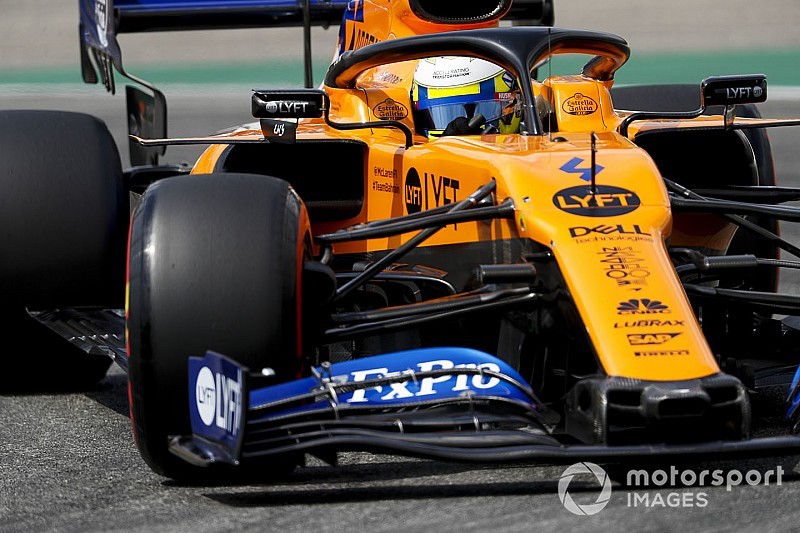 Lando Norris says he let himself and his McLaren Formula 1 team down for the "first time this season" during qualifying for the German Grand Prix.

Norris will start tomorrow's race from 16th on the grid after he was eliminated from Q1 following a late improvement for Alfa Romeo's Antonio Giovinazzi.

It meant the McLaren driver missed out on a Q2 berth by just 0.055s slower than the 15th-placed Toro Rosso of Daniil Kvyat.

Teammate Carlos Sainz eased into Q2 and qualified seventh after making into Q3, and Norris's starting position marks his worst qualifying result in his rookie season.

"I just didn’t put my sectors together when it counted on the sectors and that cost me," said Norris.

"There was nothing too much, a quarter of a tenth. Very small mistakes which cost that much and [stopped me from] getting into Q2 today.

"I’m frustrated but at the same time - it’s the first time this year that I’ve left myself and the team down. The car was there or thereabouts where it needed to [be].

"But this is the first time I’ve let the team down when there was more potential in the car, and Carlos was in Q3 again. Need to move on and look to tomorrow."

Norris, who like Sainz has been retained for 2020 after a strong first season at McLaren, added that there was "small" oversteer on his flying lap, and he noticeably ran with a lower rake on his car in Q1.

"Nothing was missing, we struggled a little with the car this weekend, so it hasn’t been as easy as the other weekends," added Norris.

Norris also appeared to hinder Alexander Albon's qualifying run in Q1 after the Toro Rosso driver closed in on the McLaren at the first hairpin.

Albon qualified 17th behind Norris and complained about the McLaren over the team radio.

Asked if he feared a grid penalty for blocking, Norris said: "No, I was on a push lap. I pushed and he started the lap behind me, I’ve got nothing to be worried about."

Mercedes was ready to replace ill Hamilton for qualifying