Lando Norris says he would probably not be preparing for his Formula 1 debut in 2019 without his McLaren Autosport BRDC Award win two years ago.

Norris sealed a McLaren affiliation as part of his 2016 prize, which included paid simulator work and a place in the team's fitness programme, as well as his first F1 test the following year.

However, McLaren was so impressed by the youngster it signed him to its official junior programme early in 2017.

Norris wrapped up that year’s European Formula 3 title and is currently fighting 2014 Award winner George Russell for the Formula 2 crown.

This week, he was announced as one of McLaren’s F1 drivers for next season.

“It’s helped me get to where I am now with McLaren,” Norris said of his Award win.

“It put me in the loop a lot more of everyone at McLaren, and given me an opportunity to get on the junior programme [and take] literally take every step to where I am now.

“It wasn’t just ‘he comes in once every two months’, I was coming in two, maybe three times a month, driving on the sim, training.

“I probably wouldn’t be in this situation now without it.”

Di Resta was the last Award winner to step up to F1, having moved to the DTM – where he won the title – before making his grand prix debut with Force India in 2011. 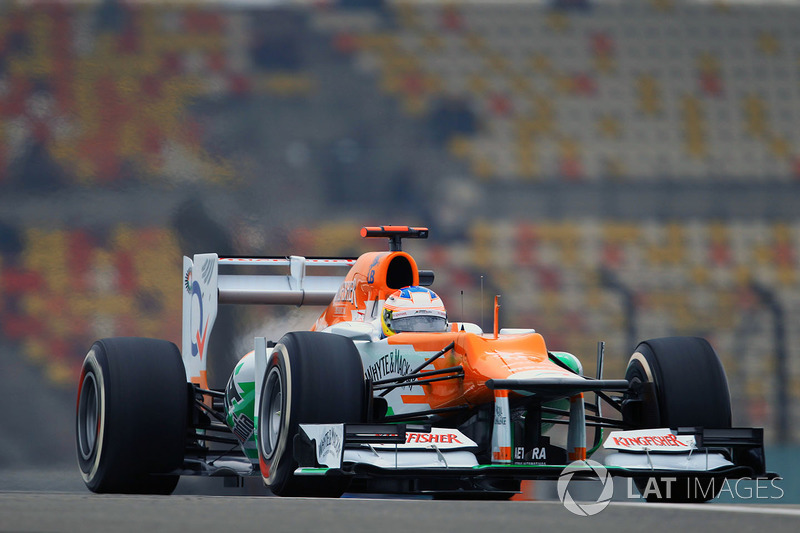 “The news that Lando Norris will drive for McLaren next year is the best I’ve had in a very long time,” said ex-F1 driver and world sportscar champion Derek Warwick, chairman of the Award judges.

“Lando is still a BRDC Superstar and proud to wear the badge.

“We have been very lucky with the drivers who came through the young driver of the year Award, but for sure Lando was one of the more impressive.

“He was quickest in every session except one, he was simply sensational in the Mercedes DTM car, as he was in the McLaren GT3 car.

“Lando is a very gifted driver. He’s a very deep thinker and very quickly comes up with the right answer.

“He’s personable, humble and fun to be around. British motorsport, Silverstone and the BRDC can look forward to another British superstar to shout about and support.”

Norris also paid tribute to the help he has received from the BRDC since he made his car-racing debut in Ginetta Juniors in 2014.

“It would be nice to do well in F1 to repay them,” he said. “That’s something I look forward to doing, hopefully as I become a bit bigger in terms of popularity.

“I have been proud to wear the BRDC badge. There’s a lot of big names who have been with the BRDC and won races and championships."