Norris says year away from McLaren is an option 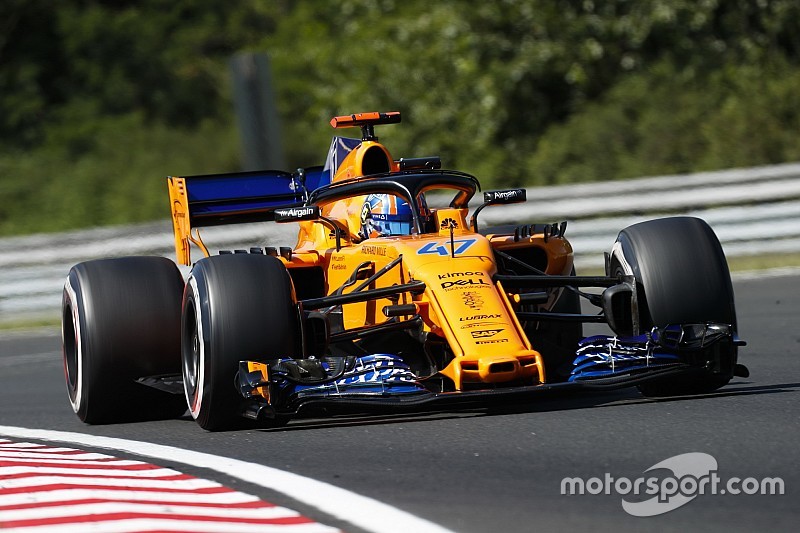 McLaren Formula 1 reserve Lando Norris says making his grand prix debut with a different team is an option for 2019 but delaying his graduation may still be best.

Norris said at the start of 2018 he would be happy to have next year on the sidelines if it meant a McLaren race drive in 2020.

The Formula 2 title contender is a contender for a race seat with the Woking team but has also attracted interest from multiple teams.

Red Bull made an approach earlier this season to try to get him in its junior team Toro Rosso, but this was rebuffed because McLaren did not want to part with Norris completely.

Some have since suggested Norris could be used as a makeweight for Red Bull to allow James Key to become McLaren's new technical director sooner.

Asked if he could drive for a different team and come back to McLaren, Norris said: "Of course I can see it.

"I would like to see it that I can just be in F1, but I don't think that's necessarily the way to go. Ideally I'll be with McLaren next year, that's the perfect situation.

"But it's not up to me to decide, it's up to the bosses, and Fernando [Alonso], and whoever makes all the decisions."

McLaren has not confirmed either of its current drivers for next season, with Alonso yet to announce whether he will extend his F1 career and Stoffel Vandoorne under pressure after a difficult campaign.

Asked by Motorsport.com about being involved in an F1 silly season for the first time, Norris said: "It's difficult to say, especially with us being in the situation of nobody really knowing what Fernando wants to do next year.

"Obviously, it would be very nice to be in F1. But at the same time, staying with McLaren, maybe it's better to say I want to be doing FP1s and more opportunities to drive in F1.

"So if there is a confirmation of a season in 2020, maybe that's a better opportunity and a better situation to be in."

Norris won on his F2 debut but has not tasted victory since as he races fellow British F1 hopeful George Russell, a Mercedes junior, for the F2 crown.

He trails Russell by 12 points two-thirds of the way through an up-and-down season but said that experience does "not necessarily" influence his openness to spending another year preparing for his F1 debut.

"In this era of Formula 1 it's not easy just to jump in and be quick straightaway, especially compared to Formula 2," he said.

"I would presume for a lot of drivers, even myself, it takes time. So doing all these FP1s, you learn a lot more about the car, the team, what direction they are going in.

"Of course it will put me in a better position for 2020, but that's just one circumstance. There's plenty of other things that could happen."