Esteban Ocon has admitted that it is "not easy" to keep focus amid the fresh uncertainty about his Formula 1 future caused by Daniel Ricciardo's shock switch to Renault. 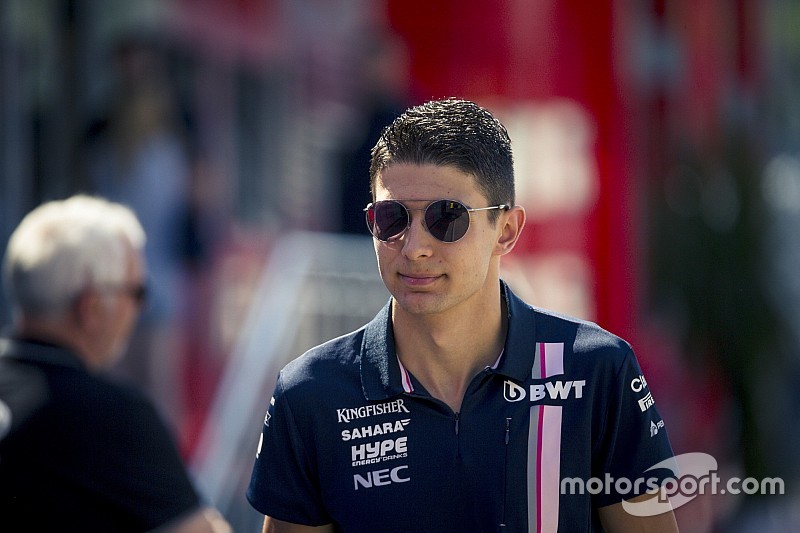 The Frenchman had looked set to join Renault in 2019 before the French car manufacturer pulled off a shock swoop for Ricciardo over the summer break.

That decision has left Ocon facing a battle to find a competitive seat in F1 next year, with his best options being McLaren or remaining at his current Force India outfit.

After admitting that he did not know what was going to happen for 2019, Ocon said in Belgium on Thursday that it was difficult not to get distracted by the situation he has found himself in.

"For sure, it is not easy," he said, when asked by Motorsport.com about the situation. "But that is what you need to do as a racing driver.

Ocon's chances of remaining at Force India remain slim, with the team's new owner Lawrence Stroll set to move his son Lance to the outfit – and potentially as early as later this season.

He does, however, remain on McLaren's shortlist for 2019 if the outfit opts to replace Stoffel Vandoorne and decides not to promote its reserve Lando Norris.

But although Ocon now faces an anxious wait to find out what he will be doing, he says he is not disheartened by the situation he is in.

"I am not worried," he said. "Obviously Mercedes and my management in Mercedes have been taking the right choices in the past years, and I am sure they will be able to do the same again."

There have been rumours in the Spa paddock that Ocon could even switch to McLaren as early as this season, to make way for Stroll at Force India, but he said he had heard nothing on that front.

Despite having been close to the Renault drive, Ocon said he was not too taken aback by its decision to sign Ricciardo.

"It was not a shock obviously," he said."We had possibilities there but in the end it has passed and we have to move forward.

"I wish Daniel and Renault all the best. Daniel is a good guy and I like him, so I wish them the best."