Ocon in radio bust-up with Renault after Italian GP 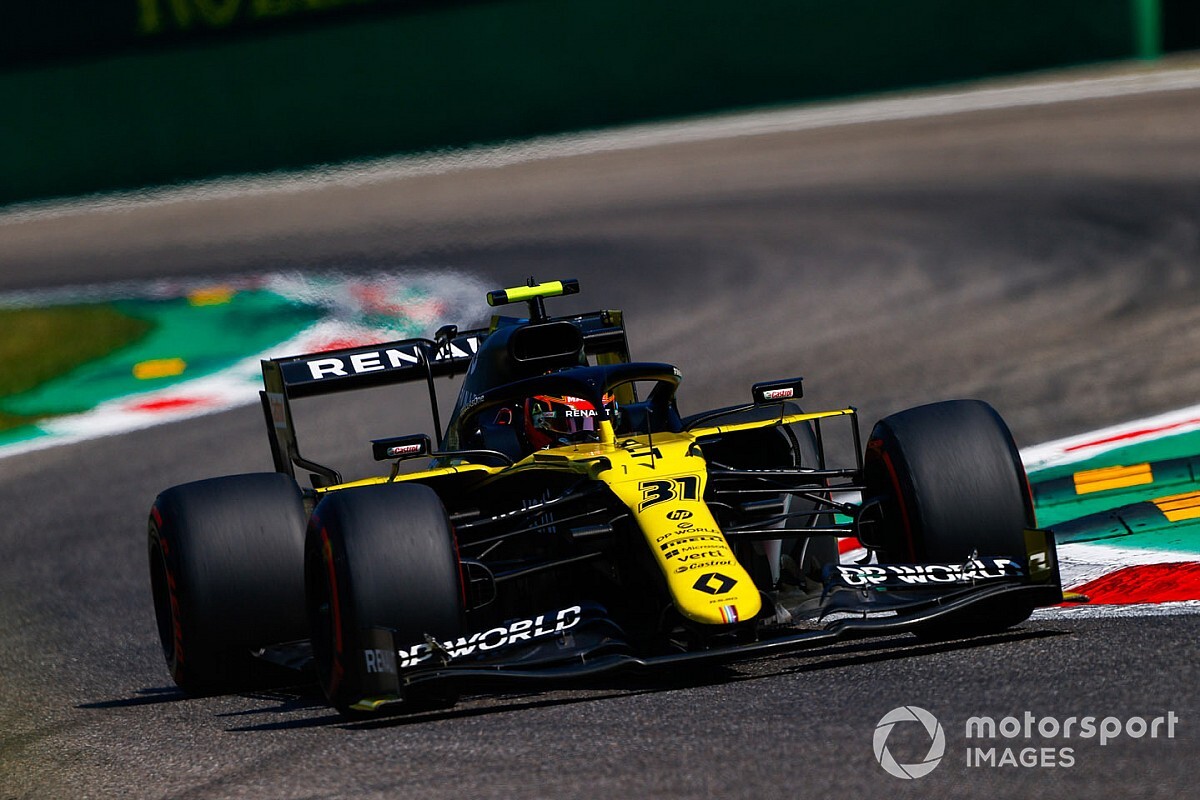 Renault Formula 1 driver Esteban Ocon was captured in a radio bust-up with his team after he crossed the line at the end of the Italian GP.

After the flag his engineer congratulated him on gaining four places and contributing to a good points haul for the team, but Ocon replied, "I disagree, I think we missed out completely in this race, there was a massive opportunity."

When he replied, "No, we have to face the reality," team boss Cyril Abiteboul chimed in and said, "This is not the place."

Ocon then said nothing for the remainder of the lap back to parc ferme.

Later when asked about the comments, he didn't blame the team, but suggested that circumstances hadn't worked in his favour.

"I think reviewing it, it's just the luck that was not on our side today," he said. "I think in terms of execution and taking a decision, I think we've been doing the right thing.

"If obviously, we stayed out, we didn't take the safety car, things could have happened, but all-in-all if the red flag doesn't come, we lose time.

"Reviewing it, I think overall it was a good race. It's a shame that obviously we pitted in those circumstances, and those things happened, but luck will turn around."

The Frenchman was one of only three drivers who changed to the soft tyre during the red flag break, along with the two Alfa Romeo drivers, but only because the mediums that he would have preferred to use were not up to temperature and thus couldn't be used.

After the resumption, Ocon soon lost performance and struggled to keep up with the cars ahead, and eventually finished eighth, two places behind team mate Daniel Ricciardo, having been passed by Lewis Hamilton in the closing laps.

"Of course we had in mind to get a good start with those soft tyres," he said when asked by Motorsport.com about the red flag tyre choice.

"Unfortunately, my medium set was not ready to go. So we couldn't choose it. Otherwise we would have done so.

"It was very good pace the first two laps. But on the third lap, it did degrade quite significantly, and I was not obviously so happy about the balance, and how things have evolved after that.

"I think if we had to do it again we would have taken the medium, but they were not ready and in condition.

"They dropped temperature so obviously there has been a bit of a delay to wrap them up, so something we can review."