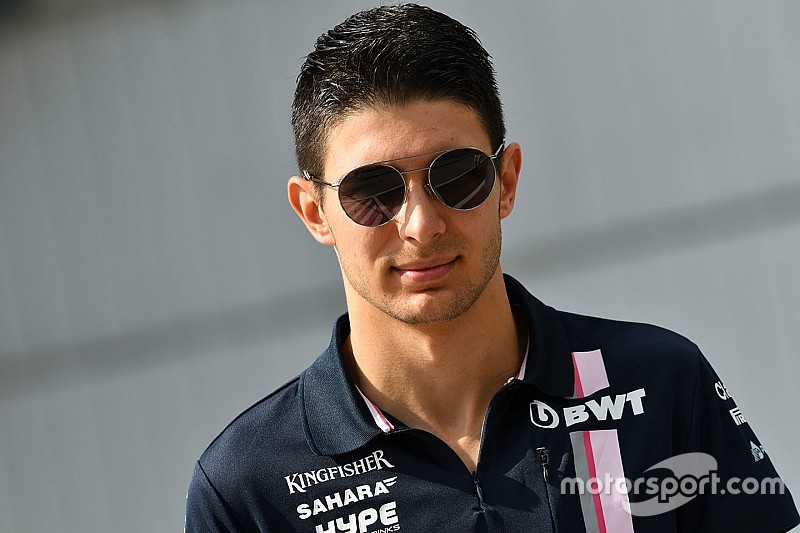 Esteban Ocon believes a Mercedes Formula 1 drive is "just a matter of time" and says his future lies with the German manufacturer regardless of his 2019 team.

The Mercedes junior is halfway through his second year racing with its engine customer Force India, and was in the running for a drive with the works team for next season.

Mercedes has opted to retain Valtteri Bottas for one more year, with an option to extend that deal to 2020.

Ocon had been linked with a move to Renault in 2019, on loan from Mercedes, but Daniel Ricciardo's shock decision to leave Red Bull has closed that door.

Speaking to Motorsport.com in Hungary before Ricciardo's U-turn, Ocon said: "The bosses [at Mercedes] have plans for me that are 'not yet'.

"It's not the plan for now. I think they want me to have more experience before I jump in that car. I knew that already. I have targets I have to respect.

"At the moment they are happy with the job I'm doing. It's just a matter of time, I think."

Ocon said he had tried not to think about next season but was kept informed by Mercedes about its driver plans and was "not surprised" when Bottas was announced.

He said he had no concerns about position, and said Mercedes was "definitely" his longer-term plan regardless of what happens next season.

"My future will be sorted out soon," he said. "I'm not worried at all. I'm not in a position [with] the knife under my chin.

"The job we are doing with Force India this year is strong and everyone is happy with that.

"I'm not in a position where I have to perform at any cost, and take massive risks in the race – I don't feel like that."

Ocon has been a Mercedes protege since his GP3 title-winning season in 2015.

He moved into the DTM with the marque the following year, and was parachuted into the Manor team mid-season to partner Pascal Wehrlein in an all-Mercedes junior line-up.

Ocon then beat Wehrlein to a Force India seat for 2017 and remained with the Silverstone-based team for 2018.

"What I'm sure of is that Mercedes is doing a great job with my management since I joined them," said Ocon. "They always put me in the best sporting position for me. I don't have to be worried, it's all going to be OK.

"If I stay here [Force India] or go somewhere else, I don't know. But I will have a great position for sure next year."

With Renault no longer an option, it is understood that remaining with Force India or moving to McLaren on loan are the likeliest outcomes for Ocon.

If he commits to a third season with Force India he is expected to partner Lance Stroll, after the Canadian’s father Lawrence led the consortium that saved Force India from administration, forcing current teammate Sergio Perez to seek a drive elsewhere.

A move to McLaren, likely alongside Carlos Sainz, would be expected to be on similar loan terms to what Mercedes was prepared to make with Renault.

Sainz to race with McLaren from 2019 F1 season

NASCAR's Chase: Are casual fans getting the wrong message?