Ocon: Renault’s F1 season “not over yet”, updates awaited 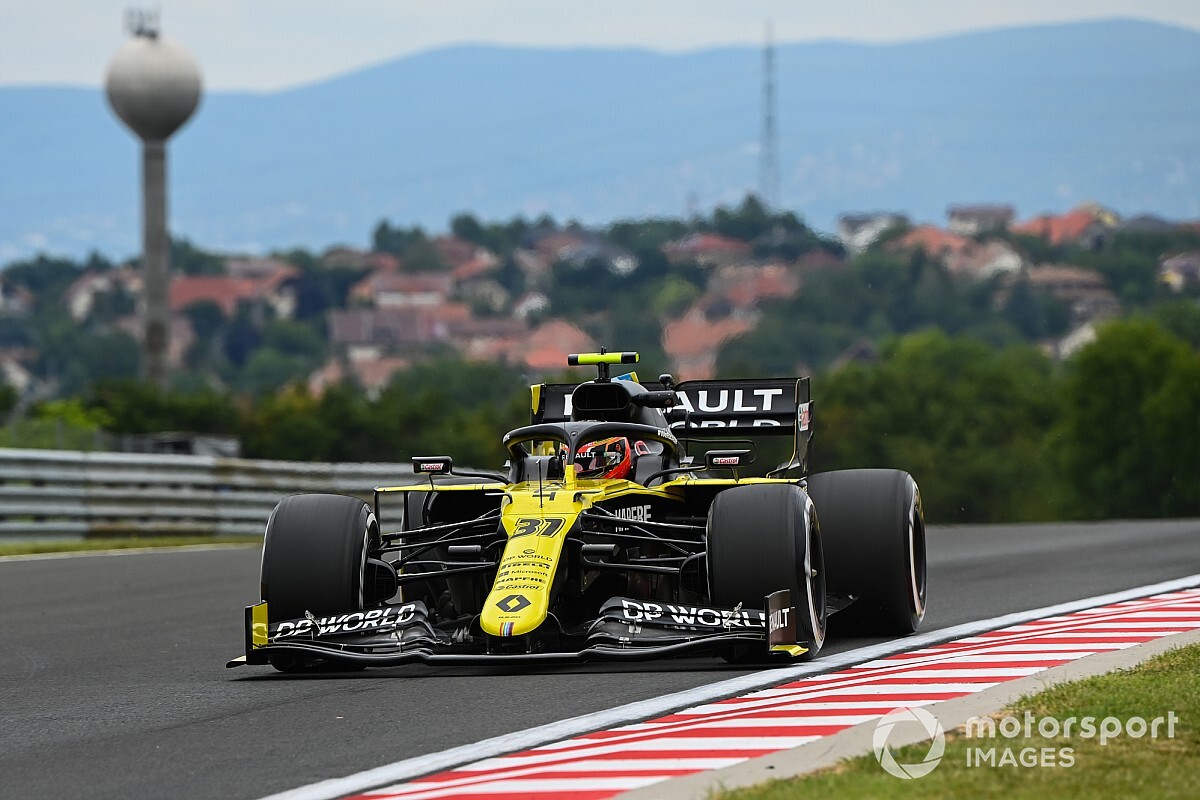 Esteban Ocon says the prospect of a strong 2020 Formula 1 season for Renault “is not over” after a “weekend to forget" in Hungary, with a package of upgrades expected to improve the car’s form at Silverstone.

Ocon qualified and finished in 14th place in Hungary, while his teammate Daniel Ricciardo took eighth – matching the result achieved by Renault in the two Austrian races, when the Enstone-based team suffered two retirements with radiator leaks.

The Frenchman’s Saturday was compromised by an ambitious attempt to get out of Q2 on medium tyres, which meant that when the drivers switched to softs for their second runs, they lacked the feel for them that other drivers had.

“It was not a good weekend to start with,” said Ocon. “I think overall we didn’t gain anything from the conditions and we didn’t treat the [qualifying] session right in the end with the strategy or anything, so we have to review how we could have done better.

"And clearly, we just made it difficult. So it’s a weekend to forget clearly on our side.

“And hopefully we are going to work on that to come back stronger. That’s clear. The first pit stop, stacking early on in that race made me lose ground, made me lose precious seconds, and from there on, because the pace is so close between the cars it’s just difficult to come back.”

Ocon admitted that the RS.20 generally lacks consistency, but believes the car is capable of performing better than the results may suggest.

“I would say we have a little bit of work to do on that, on the consistency of it. Run by run we seem to struggle sometimes with just putting in the lap, and just how the performance is with set up. So, yes, this is also an area we have to work on.

“I mean, it's not because we didn't qualify well that the car is not capable of performing.

"I think if we did exploit everything from the car and did give it hundred percent I think there was a chance of going into Q3 definitely, that's my opinion, and there is going to be some stuff coming in the next races as well.

Asked about the upgrade package he added: “I just hope it's going to bring overall performance. I don't know exactly what's coming.

"I haven't been so much aware of the stuff coming, but I know it should bring some more performance on tracks like the ones that are coming, where it is going to be very important to have those bits.

“We have a clear area that we need to work on. I'm not going to go into details on it, but we know where to improve the car. Hopefully it's going to help those problems with those issues that we have. We’ll see.”