Esteban Ocon believes that his karting contemporary Charles Leclerc can challenge for the Formula 1 world championship title in his first year as a Ferrari driver in 2019.

Ocon and Leclerc came up through the karting ranks together, and the Force India driver sees the promotions of the Monegasque driver from Sauber to Ferrari and Pierre Gasly from Toro Rosso to Red Bull Racing as symbolic of a changing of the guard in F1.

“I think Charles will fight for the title next year, for sure,” he said. “At least it won’t be a surprise to me.

“You will see that Pierre and Charles are going to fight for wins and podiums. Probably the mentality of F1 is going to change with that, seeing that young drivers can do the job, too. That’s only going to help the younger ones coming in.”

Ocon stressed that he has rated Leclerc highly since they first met in karting some 13 years ago. Later the pair competed against both Gasly and Max Verstappen.

“We’ve been fighting all the way through, to be honest, me Charles and Pierre. Me and Charles more than with Pierre, because Pierre started a bit later in karting, and in the French championship I was winning and then I was fighting with Charles, and Charles was arriving and he was a rookie.

“I know him pretty well. The first race we raced together was in 2005 in Mini Karts, we were seven or eight years old.

"We were first and second. I was on the inside and we crashed on the last corner of the last lap, so he didn’t finish, and I finished like sixth or seventh. That was the first time we met.

“All our career we’ve been fighting like this together. I know he has a very good talent from day one. He’s one of the quickest guys out there, and I think he will show that next year, definitely.”

Asked who was the best driver on that group, Ocon said: “We fought more in international racing with Charles, and Pierre was already gone to single-seaters, because he was older. The fight was more Charles, me and Max, back in the day.

“Max won the World Series, I finished second. Charles won the World Cup. We won our races basically, not all of them, but it was quite equal, I would say.” 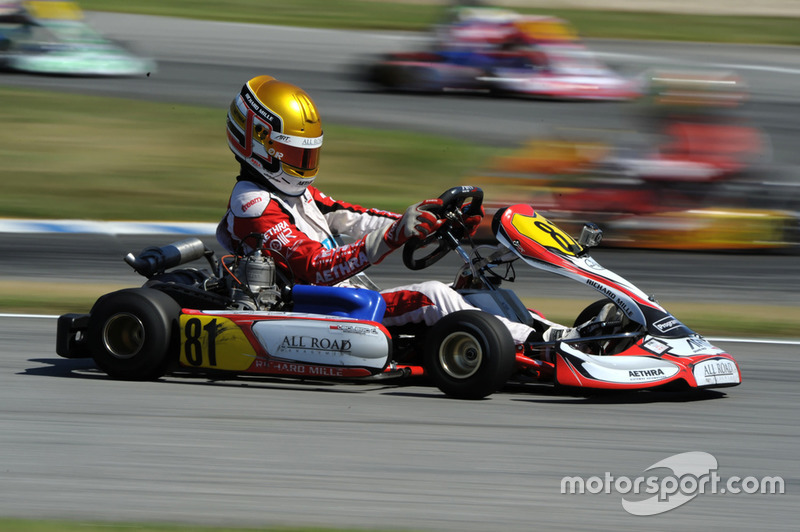 Only Gasly has Toro Rosso upgrade to trial in US