Opinion: Why Verstappen and Sainz were both in the right 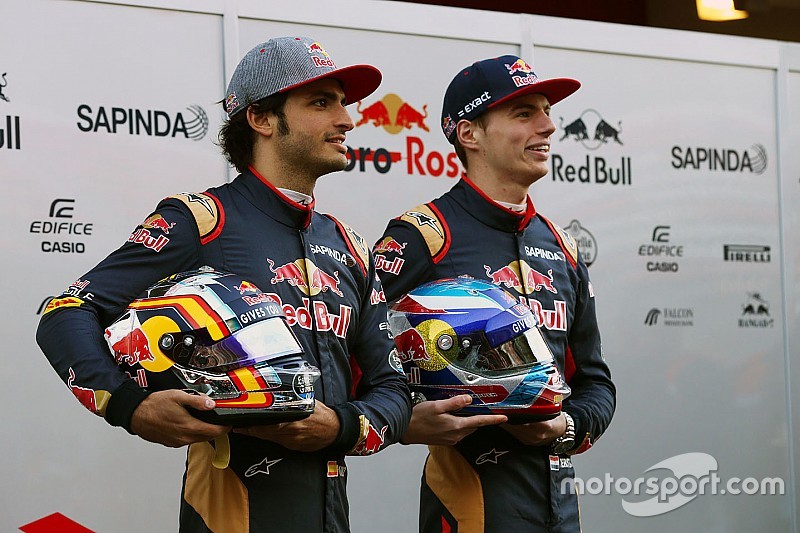 Max Verstappen and Carlos Sainz had good reason to be unhappy with each other during Formula 1's Melbourne curtain-raiser. But Valentin Khorounzhiy reckons the frustrations of both Toro Rosso drivers were justified.

The Australian Grand Prix podium featured something that had been a rather uncommon sight in Formula 1 for the past two seasons – a content Nico Rosberg and a similarly content Lewis Hamilton side by side, all smiles, both seemingly happy with the result of the race.

And with the Mercedes duo – the biggest recent source of intra-team squabbles in the sport – observing peace in Melbourne, there were now fireworks in a different camp, as if brought on by an act of some weirdly specific cosmic balancing.

It wouldn't be entirely fair to say that it's “kicked off” between Max Verstappen and Carlos Sainz, but at the same time, it's clear the dynamic in that line-up has changed irreversibly.

The duo can – and will – play down the conflict further, but the fans have already taken sides.

Those impartial, however, will have to wonder – of the two sides, which one was in the wrong in the Australian Grand Prix?

Was it Max, swearing up a storm on the team radio and giving ammunition to those who want to call him entitled? Was it Carlos, benefitting from a teammate's woes and then refusing to allow him through?

Or was it, perhaps, neither? 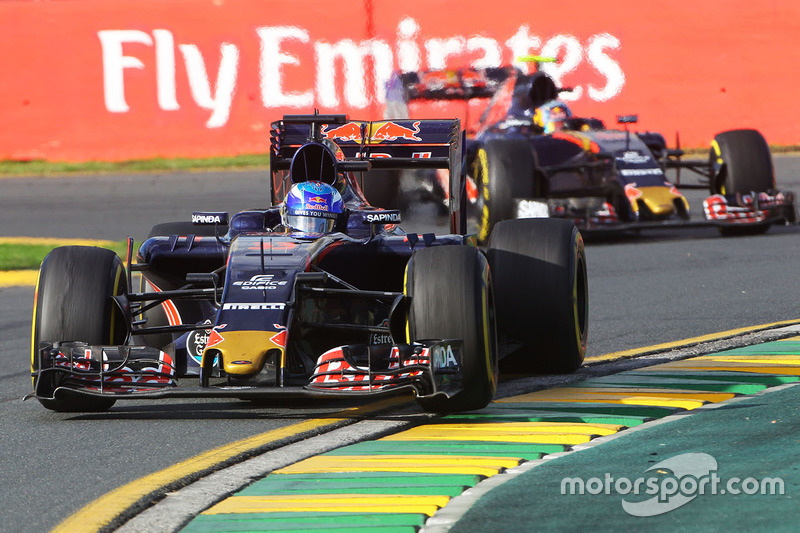 Max Verstappen had every right to be fuming on lap 33 of the Australian Grand Prix.

At that point in the weekend, the Dutchman was the hero. He beat his teammate in qualifying on his way to an excellent fifth, he drove an exceptionally smart first stint – managing to keep a Mercedes at bay and elicit what sounded like genuine despair from Lewis Hamilton – and he was well on course for a good finish by half-distance.

But then it all went spectacularly wrong. Not only was his teammate allowed to get the undercut on him, but his own pitstop was a right mess, Toro Rosso appearing not ready to execute when he arrived in the pit box.

Combine that with the fact Sainz and Verstappen would soon end up stuck behind Renault's Jolyon Palmer, and that the Spaniard had very little interest in letting Verstappen have a go at making the pass – even though making passes is what the Dutchman is famous for.

And consider how quickly and elegantly Verstappen dealt with Palmer right after Sainz cleared the Renault.

At the end of the day, Max – through basically no fault of his own – will only have one point to show for that weekend, his first with a much-improved car and a better engine.

And if that sort of thing didn't anger him, he wouldn't have made it as far as he did in this sport.

And Sainz is right, too 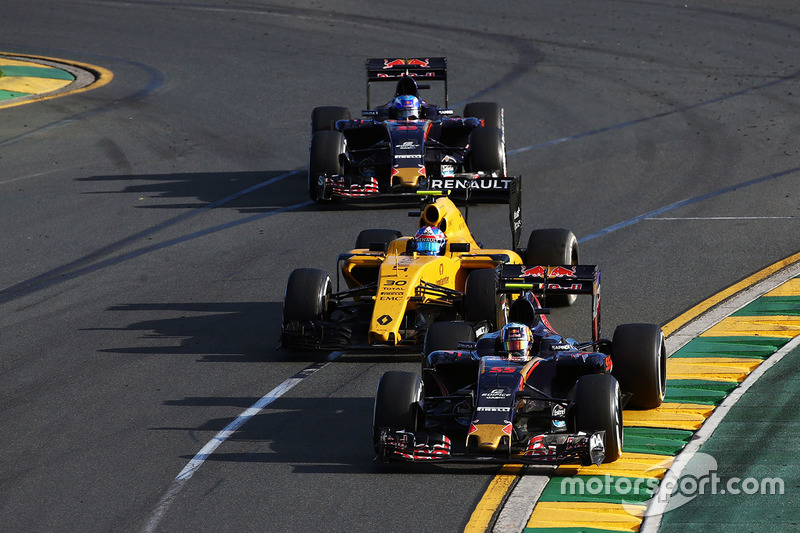 If you're Carlos Sainz, however, you have basically no reason to give up position to Verstappen at any point in the race.

Yes, the Dutchman by that point had had the upper hand on Sainz throughout the weekend, but hardly by much – and it's Sainz's Q2 benchmark that actually stood as STR's best lap of the event.

So Carlos probably didn't think that he was holding up Verstappen or that allowing Verstappen through would in any way help the team maximise its points haul. And even if he did – well, so what?

Sainz's luck in 2015, after all, was demonstrably worse than Verstappen's, and on many an occasion the Spaniard would be forced into an early retirement by a mechanical failure while his infinitely more fancied teammate banked the points.

It would be preposterous, then, to expect Carlos to just move over out of solidarity when some bad luck befell Verstappen. And that's even before you recall how keen Verstappen himself was to allow Sainz through in Singapore in 2015.

That Sainz returned the favour in Melbourne will be, sooner or later, largely forgotten. But the fact Sainz finished ahead of Verstappen will be reflected in the stats forever. 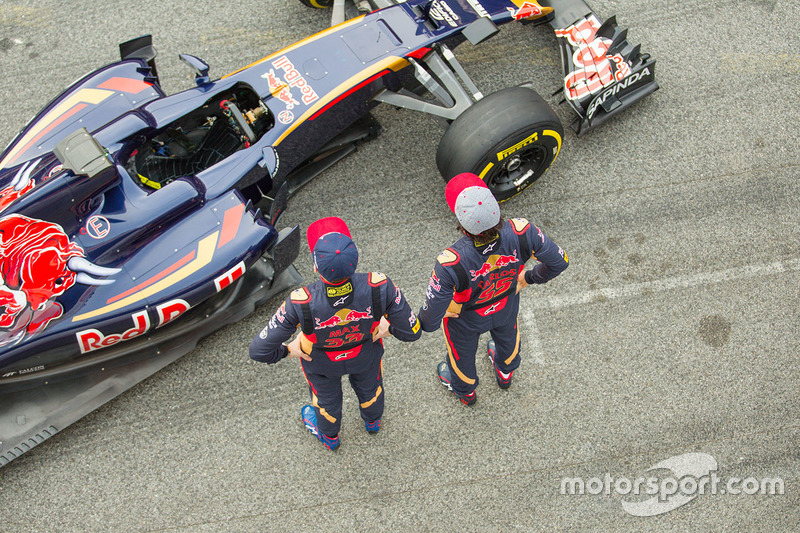 A public falling out between two of the brightest young talents currently in Formula 1, in hindsight, appears to have been absolutely inevitable.

Such is the nature of the Toro Rosso squad, with its whole raison d'etre of pitting two drivers against each other for promotion.

And the timing of the current conflict makes perfect sense, too, as both Verstappen and Sainz know all too well that the car they have at their disposal right now is very competitive and that, due to the year-old power unit, it won't be this competitive for much longer.

Verstappen and Sainz are vying for the same piece of real estate – a Red Bull seat. They're specifically pitted against each other and both probably believe they now have the chance to build an early lead in the 2016 campaign, a lead that could very well be unassailable later on.

Verstappen might say that he's not feeling the pressure from Sainz – only himself and those closest to him will know if that's true.

But feeling the pressure he should be, for that's the whole idea of the situation he's in right now.

Don't let it get ugly 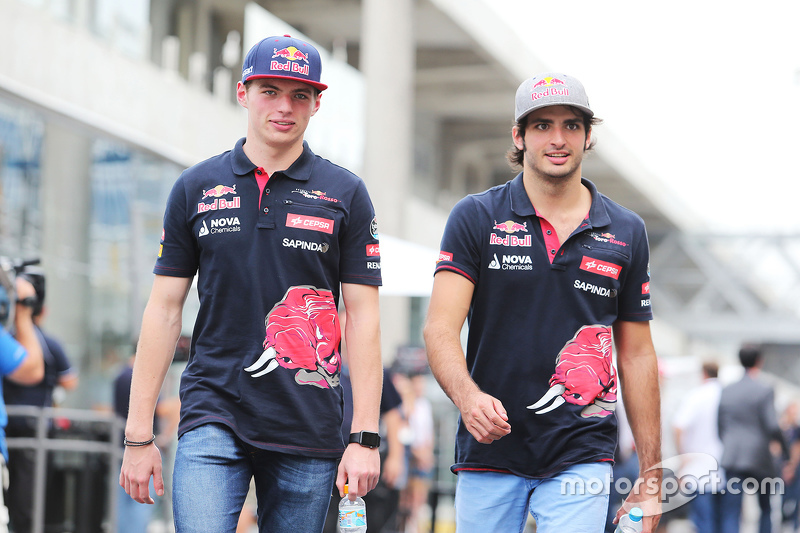 A Verstappen/Sainz rivalry is absolutely the kind of rivalry Formula 1 wants right now.

Here are two spectacularly talented drivers, both from established motorsport families and heralded as the next big thing.

Then again, here are two drivers whose careers have been almost completely opposite to each other's – compare Verstappen's meteoric rise through the ranks to Sainz's long, often arduous trudge up the junior single-seater ladder.

With Toro Rosso's upturn in form, these are the ingredients for Formula 1's best current intra-team battle, bar none. But, going by some of the post-Melbourne rhetoric, there's a chance the battle won't be confined to the track.

And that would be a huge shame. Verstappen and Sainz, after all, seem like two mature, friendly young guys, with a real passion for the sport but also a good handle on its media aspect.

Although both have dedicated fanbases that play a part in adding fuel into the flames, there doesn't seem to be any lingering tension between the two.

However, you just never know in F1 – a sport that has, on occasion, been known to turn good friends into sworn enemies.

If things get ugly between Verstappen and Sainz, it'll be box office for F1. But it'll also be a shame. 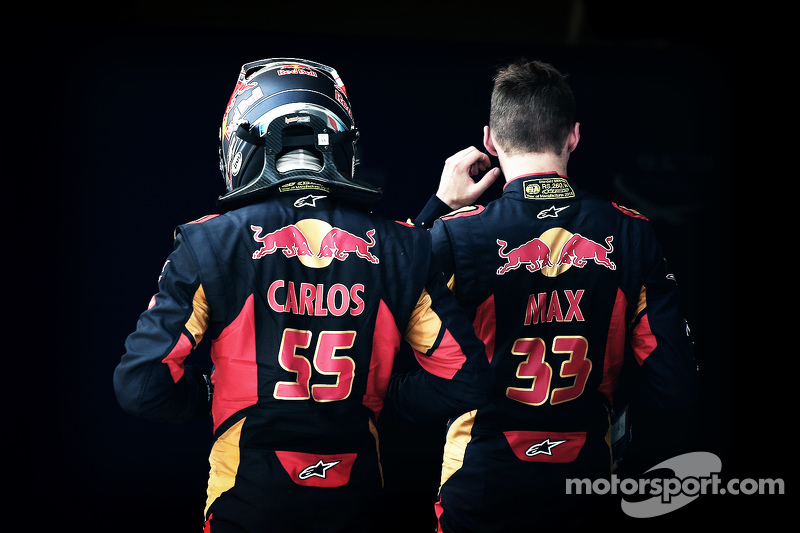