Red Bull Formula 1 junior Patricio O'Ward says he will prioritise any opportunities the energy drink giant can give him, as he faces budget issues for his primary IndyCar programme. 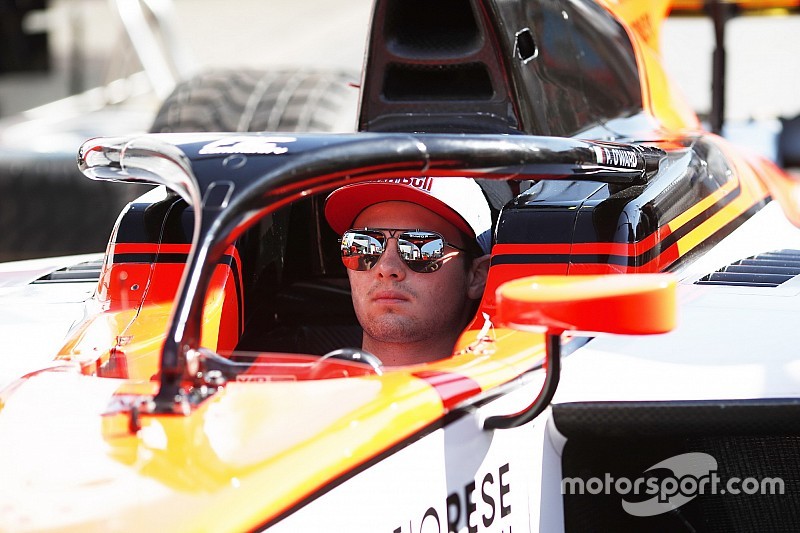 O'Ward is undertaking a one-off outing in Formula 2 this weekend for MP Motorsport replacing the banned Mahaveer Raghunathan.

The Mexican could be in line for a Super Formula seat, following Red Bull's split with Dan Ticktum, who was contesting a full programme in the series.

O'Ward is due to compete in three more IndyCar race this season with Carlin but confirmed that programme could be cut short due to a lack of budget.

In May it was announced O'Ward would not take part in the two oval events originally on his schedule, leaving Toronto, Mid-Ohio and Portland as the final races he is pencilled in for.

"I think there is some openings to do stuff in Europe because in IndyCar I'm not quite sure if I will be able to continue just based on budgets," O'Ward told Motorsport.com.

"I'm really going wherever Red Bull wants me to go and wherever they can locate me in a seat."

Asked about the rest of the season specifically, he added: "I think it's going to be a few more races in F2, I saw the article yesterday about possibly Super Formula, I think there are more opportunities to do either Formula 2 or Super Formula than continue in IndyCar.

"I have to take what I can get. I don't really have a secure ride for the rest of the season.

"It [Super Formula] is somewhere where I can get quite a bit of seat time and work on my technique and get better overall."

While the move to Super Formula seems an obvious swap to replace Ticktum at Team Mugen, the path to a bigger F2 programme is less clear.

MP is expecting Raghunathan to return for the remainder of the season, leaving only possible seats at Trident Racing and Campos Racing as it stands.

Trident has signed Ryan Tveter for a one-weekend-deal only for Austria, while Arjun Maini has taken over Dorian Boccolacci's Campos-run machine in a deal which ends after the Silverstone round in July.

There is some confusion over the number of superlicence points O'Ward has, which will affect how quickly he would be able to step up to F1.

O'Ward explained his Red Bull deal was done with the aim of getting licence points as quickly as possible.

"Everything was signed based on the possibility of a Formula 1 seat," added O'Ward.

"I should have enough [superlicence points] but they don't want to count my Indy Lights points as in some races there were less than 12 cars.

"I can get a superlicence this year if I get 15 points. I don't know from where. The focus is to get the license points as quick as we can."

As well as his unclear Indy Lights points situation, there is confusion over whether his IMSA Prototype Challenge championship win warrants superlicence points.

Asked what his preference would be if he didn't get a superlicence during 2019, O'Ward said: "I think Formula 2 is a better way to go because I don't know any of the [F1] tracks, so it would be great practice to get to know the tracks and tyres at a Formula 1 event."