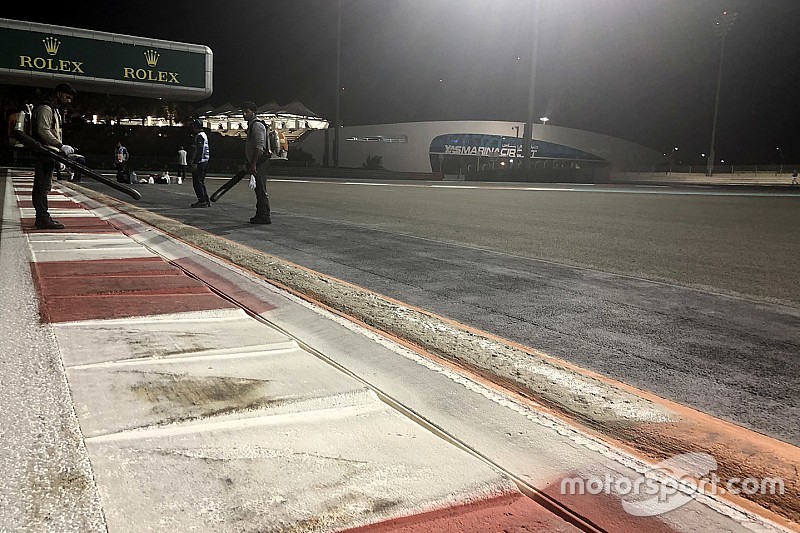 The crumbling kerb that did not "look very Formula 1 standard" in Abu Dhabi last weekend was caused by the concrete being pulled off by the thick paint on top.

In Friday practice, the long 5cm high sausage kerb added to the outside of the penultimate corner to help police track limits started to "fall apart", according to Haas driver Kevin Magnussen.

The height of the kerb also caused drivers across the different series a few problems, with Max Verstappen's Red Bull and Alexander Albon's Formula 2 car being lifted all four wheels off the ground and left helpless after running over it.

However, it was unclear whether the FIA had taken the opportunity to lower it slightly as drivers complained it could needlessly damage their cars.

FIA race director Charlie Whiting has now explained that the kerb was repaired "but in some places that did involve lowering it".

"The top 1cm in some places was crumbling," said Whiting. "When they laid the concrete it was done in a very hot part of the year, apparently, and it must have just set very quickly.

"They painted over it and when you pull the paint off – because it was very thick, oil-based paint – it just took the concrete away with it.

"It was probably about a centimetre, but in some areas we had to just get off all the loose stuff and we put two layers of epoxy on it and painted it again.

"It's basically been OK since. In some small areas it was a bit lower but generally the whole thing was the same height it has been previously."

Several drivers were in favour of the kerb but were worried it was slightly too high.

One suggestion was that the kerb will be dropped for next year, but Toro Rosso driver Brendon Hartley argued it was beneficial.

"You have to give the entry more respect," he said. "I'm all for it. It definitely takes away any opportunity to go wide there. I don't think that's a bad thing.

"It's potentially a bit high, especially if you go over it and you're effectively a passenger.

"You lose control of the car completely, I think in some cases all four wheels are in the air, like at a skate park on a skateboard.

"You can't take an advantage there which is a good thing but on the other hand we have to make sure cars aren't getting damaged unnecessarily for going off in a small way." 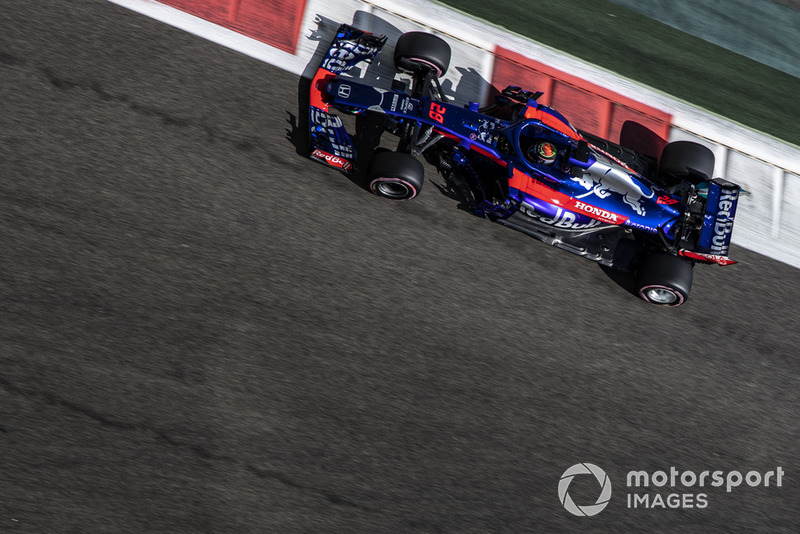 Albon to partner Kvyat at Toro Rosso in 2019