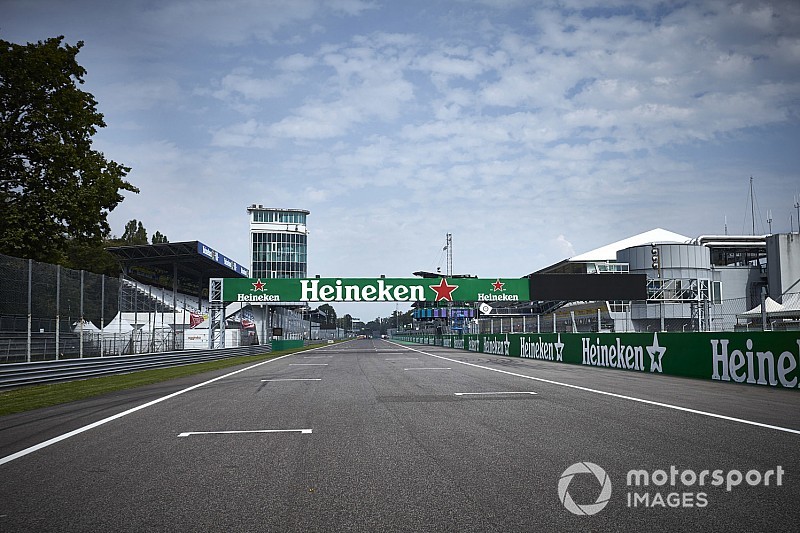 Formula 1 drivers have been told that they will have two lap times deleted if they abuse the track limits at Monza’s Parabolica corner.

In revised event notes sent from F1 race director Michael Masi, it was made clear that the FIA was taking a no-nonsense approach to drivers abusing track limits at the final turn.

While drivers had already been told about using the run-off area at the first chicane, and a bollard at the second chicane if they run wide, from the final free practice session on Saturday morning drivers must stay inside the track's white lines at Parabolica.

Masi wrote: “A lap time achieved during any practice session or the race by leaving the track (all four wheels over the white track edge line) on the outside of Turn 11 will result in that lap time and the immediately following lap time being invalidated by the stewards.”

Having the second laptime deleted is to ensure that drivers do not run wide at the final corner before a qualifying lap in a bid to build up extra speed across the start/finish line.

In Friday afternoon’s second free practice session, Lando Norris was warned by the FIA not to run wide at Parabolica after he had done so on one of his laps.

Russell critical of "stupid" recovery truck use in Perez crash