Fernando Alonso says some areas of this year's McLaren Formula 1 car are "surprisingly good", but admits there are still things that need improving.

Alonso joined the Woking team for the second week of pre-season testing in Barcelona, following the progress of the new MCL34 with which McLaren will compete in 2019.

Team drivers Lando Norris and Carlos Sainz have topped a day of testing each, although the latter made it clear he doesn't believe McLaren is in a position to challenge near the front yet.

Although two-time champion Alonso has not driven the car, he has been hearing from the engineers and analysing the data in his new role as team ambassador.

"I think we are learning a lot," said Alonso.

"I was in contact with the team and I was aware of the debriefs and all the small problems and issues we were finding, and I think last week we confirmed the picture of the car, so I think there are a couple of areas that need to be revised and they need to keep developing to improve the performance.

"Some others are surprisingly good, so I'm happy with the results and generally I think it has been a very positive two weeks.

"It's not perfect yet, but I think the direction seems the right one," he added.

As part of his new role as team ambassador, Alonso will test this year's McLaren later on to help the team with its development.

Although he won't drive the MCL34 for at least several months, Alonso believes his feedback will still be helpful to both the team and its new drivers.

"I think this car that we are running now was born probably in June last year when we identified our problems, our weaknesses, our philosophies that were wrong with that 2018 car, and we started discussing and having meetings, simulator work for the 2019 car," said Alonso, who called time on his F1 career at the end of 2018.

"So now that 2019 is a reality and it is running on track and probably some of the results they are having they don't know the background of those changes or that philosophy that's behind that design.

"So I think that's something I can give my input on.

"Also, after 18 years I know most of the circuits, most of the tricks here and there and especially with Lando being [in] his first year, anything that may appear on a grand prix weekend, on a Saturday, on a Sunday morning or whatever, maybe to have a driver behind the engineers thinking probably helps, because they only see the telemetry.

"They analyse and they make decisions looking at the telemetry, but I can be the link between what they see on the data and what the driver may feel or what the message is passing on the radio." 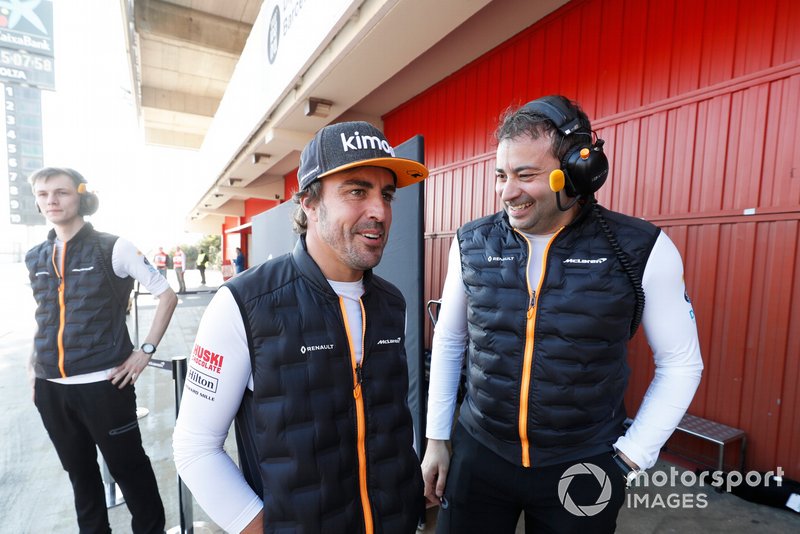 F1: Alonso says his 100% is still not enough to match 'impressive' Ocon

Vettel: FIA "not very professional" in dealing with Imola penalty