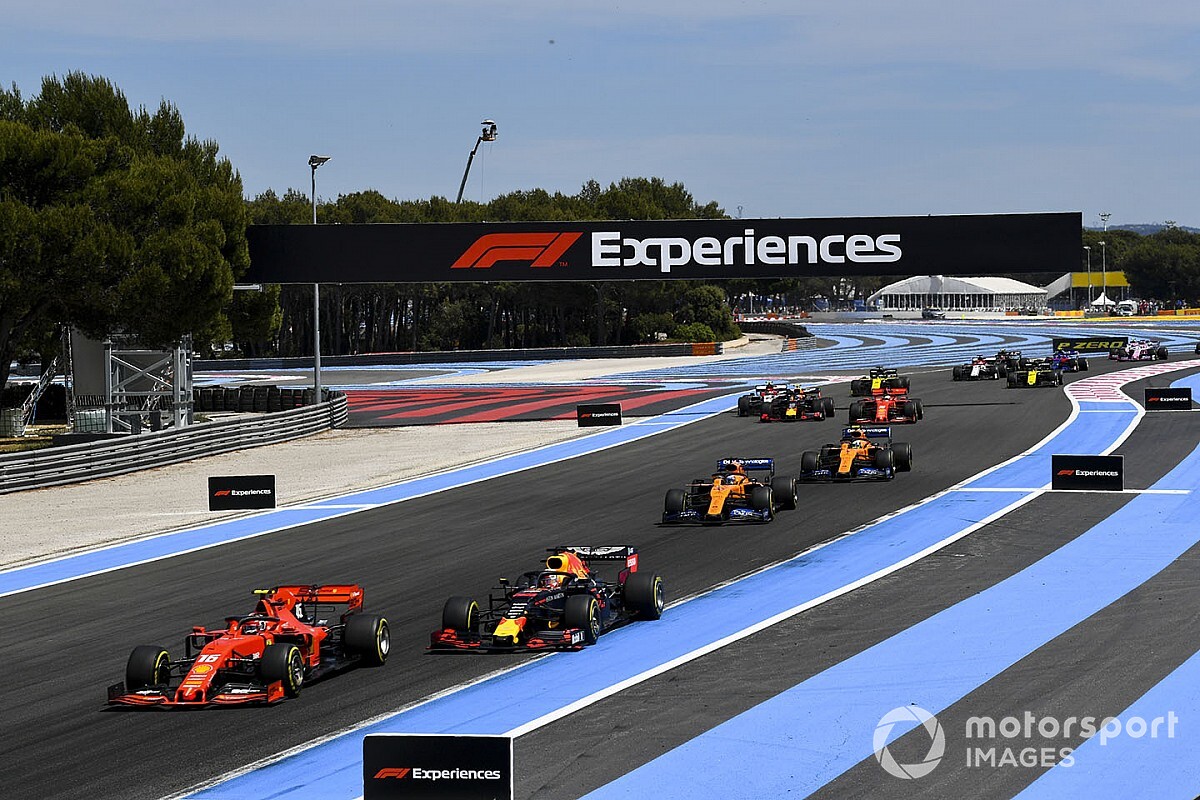 F1 announced plans to become carbon neutral by 2030 in November as part of an increased environmental focus, as well as wishing to make all events “sustainable” by 2025.

Paul Ricard became the second circuit in the world to receive the FIA’s Three-Star Environmental Accreditation in January, the highest level of recognition for sustainability programmes awarded by motor sport’s governing body.

Speaking to select media including Motorsport.com at the BHMSE conference in Baku, recently-appointed French Grand Prix managing director Boullier said Paul Ricard was “ahead of everybody” in F1 with its sustainability drive.

"I’m not saying this trying to help my ego or whatever. We recently had a forum with FOM and all the promoters, and we were presented this plan of sustainability they would like promoters to stick to and be ready for before 2030,” Boullier said.

“Surprisingly, and thanks to our partners at the Paul Ricard track, because they are three-star [accredited] already, we are already like 95% done on the plan. We are really ahead of all the others.

“We are as an event as well applying to be three-stars FIA certificate. The process is currently happening. We’re going to push for it, so we start to introduce electric buses as well for the transfers between the park and ride. So everything we can, we do.

"In France, there is a new law since January that if you are a big event, you have to go plastic-free. So we have to get rid of this. I have a long list of things, mainly the track is doing. We even have bee huts, because nature by default is the best way to monitor, and if the bees are happy and making honey, that means the air is good!

“We use rainwater, so we have a big storage place to collect rainwater that recycles water. The list is long, but there are many things like this.”

Asked when he expected Paul Ricard to achieve full sustainability, Boullier said: “I don’t know yet. Going to 95% is the easy part, but the last 5% is the more costly one. We need to assess it, to budget it, you need to maybe invest as well, so that’s a plan we have to put in place.

“Let’s go to a point where we are close enough, and then we’ll see the last targets.”

One idea suggested by F1 managing director Ross Brawn to aid the sustainability push was to install permanent motorhomes at all race circuits, removing the need for teams to transport their units around Europe.

“It’s a good idea,” said Boullier. “I guess there would be a transition time as well. Teams who just invested in their motorhomes would not be happy to get rid of it next year, so there will be some time.”