Sergio Perez and Nicholas Latifi are set to start Formula 1's Dutch Grand Prix from the pitlane after their teams made changes to the specification of their cars overnight.

Perez had a disastrous qualifying session on Saturday, failing to get round at the end of Q1 to start his final lap.

That left him in 16th and, as reported last night, the team quickly decided to give him a new power unit, so that he would have a fresh one in the pool heading to Monza.

However, it has now emerged via FIA documentation that the energy store is of a different specification. A Honda spokesperson declined to give any further information, beyond noting that the reasons behind the change were "nothing special."

A change of specification triggers a pitlane start, and thus the team has also taken the opportunity to make set-up changes in an effort to help Perez make progress from the back of the field.

Asked after qualifying about his prospects, Perez noted: "I think we are facing a race that no-one really knows what to expect. There are a lot of things that could happen coming up. Let's see what happens in the coming race.

"It's certainly a circuit that demands a lot from the drivers. So anything would be possible tomorrow. It will be hard to overtake, it will be hard to follow, but we'll just have to do a race as good as possible." 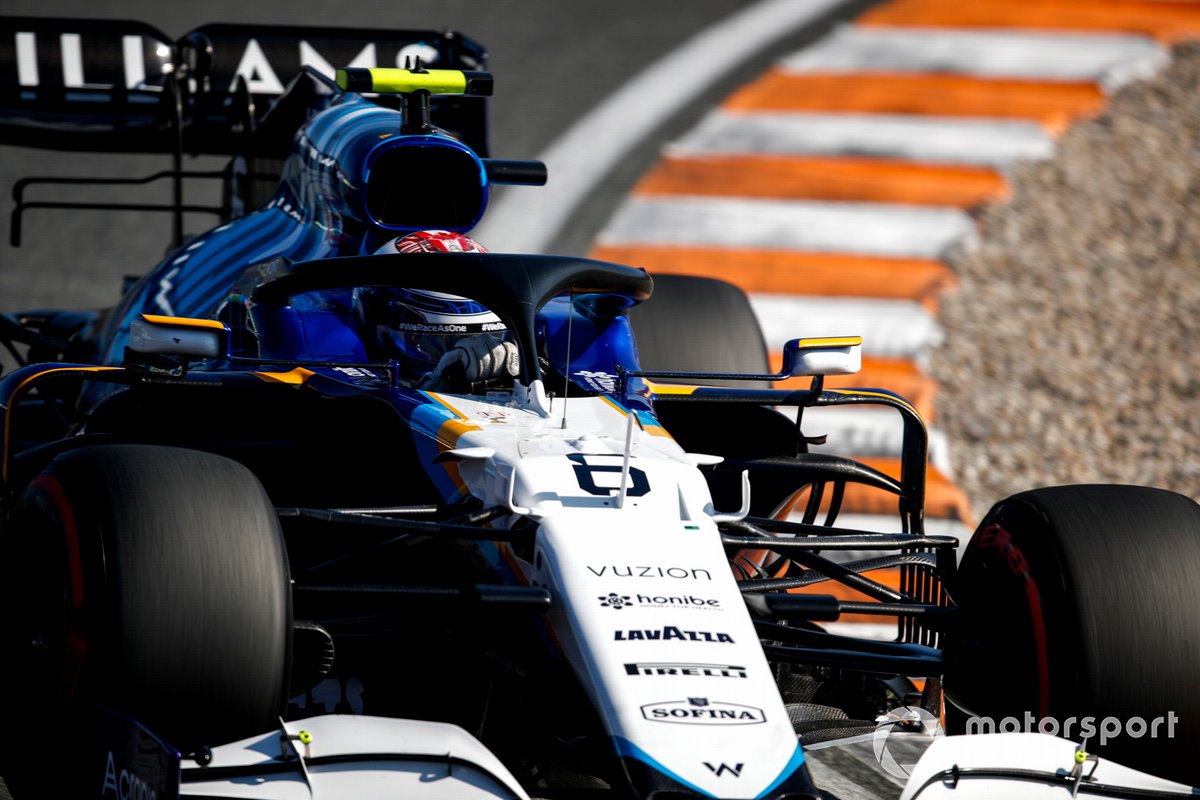 Latifi qualified 14th after his Q2 session was ended early by a heavy crash. Given the nature of the impact it was evident that the gearbox might be damaged, and the FIA has confirmed that it has been changed.

That triggers a five-place penalty, but it is trumped by a change of front wing specification that means that the Williams driver also has to start from the pitlane.

Asked by Motorsport.com about the accident, Latifi said: "I said I had nothing to lose and went for it on the rest of the lap when is saw I was improving and just misjudged the turn-in point at Turn 8 and went on the grass. It would be surprised if we didn't have to change [the gearbox] the way the impact was."

From Latifi's original spot back, Yuki Tsunoda will start from 14th, ahead of Sebastian Vettel, Robert Kubica, with the Haas duo of Mick Schumacher and Nikita Mazepin in 17th and 18th.

The Dutch GP as it happened