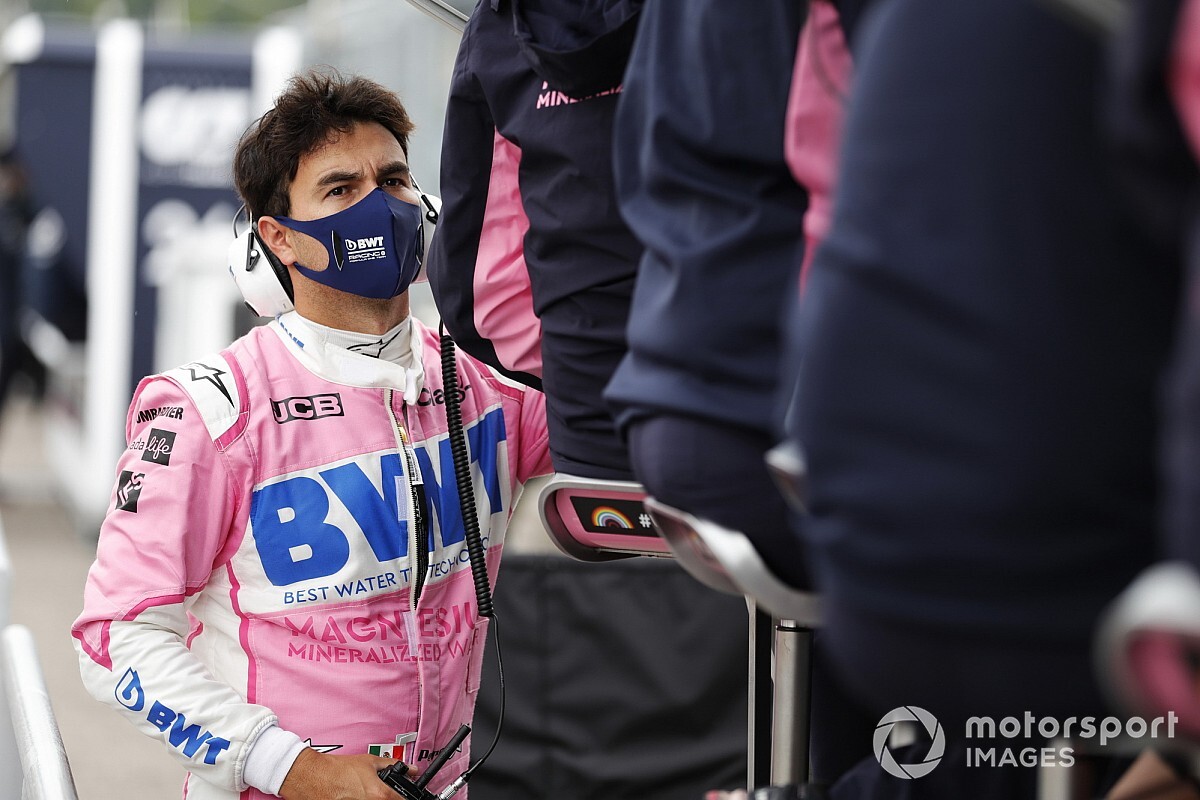 Racing Point remains unsure about whether Sergio Perez will be able to compete in next weekend's 70th Anniversary GP at Silverstone.

Perez missed the British GP after an inconclusive test last Wednesday was followed by a positive one on Thursday.

He has been in isolation ever since, along with his physio and a member of his management team, both of whom tested negative. All three had travelled to Mexico in the week after the Hungarian GP.

The situation is complicated by a change in the UK guidelines from a seven to 10-day quarantine that straddled Perez's two tests, and which could ultimately determine whether or not he is able to race.

"We will adhere to the guidance of National Health England so we will do what they say," said team boss Otmar Szafnauer.

"I'm not sure if it's 10 or seven-day quarantine still today, there are conflicting reports, but we will get guidance from the right people at National Health England and follow it.

"Even if it's only a seven-day quarantine, he still has to test negative by the COVID code of conduct that the FIA have out there, so we will endeavour to test him on Thursday, and if he's positive then he can't come into the paddock anyway."

Szafnauer confirmed that Perez's original Wednesday test was regarded as negative by the UK health authorities.

"The little bit of confusion is because it was on that cusp and the inconclusive test was only inconclusive by FIA standards.

"So we'll ask that question of National Health England and whatever they say, that's what we'll do, we'll comply with whatever they deem is right in this situation, but the ambiguity comes in because it was just on that transition point."

Szafnauer says the team is still waiting for clarity: "We've got to get the answer, I don't know when, but [sporting director] Andy Stevenson has been in contact with them and they'll tell us relatively soon. I think we just need to know before next Friday, so we've got a bit of time.

"But we want to do what's right and we'll follow their guidance for sure. We just need to have clear guidance and once we get that, we'll do what's right. Not to mention if Checo still has virus in his system, we don't want him in the paddock either.

"We've got to protect our team and everyone else in the sport and that's exactly what we'll do. So even if National Health England say it's seven days and he can come in on Thursday or Friday, we still will test him for virus in his system, and he's got to have none."