Perez expects "business as usual" for Force India at Spa 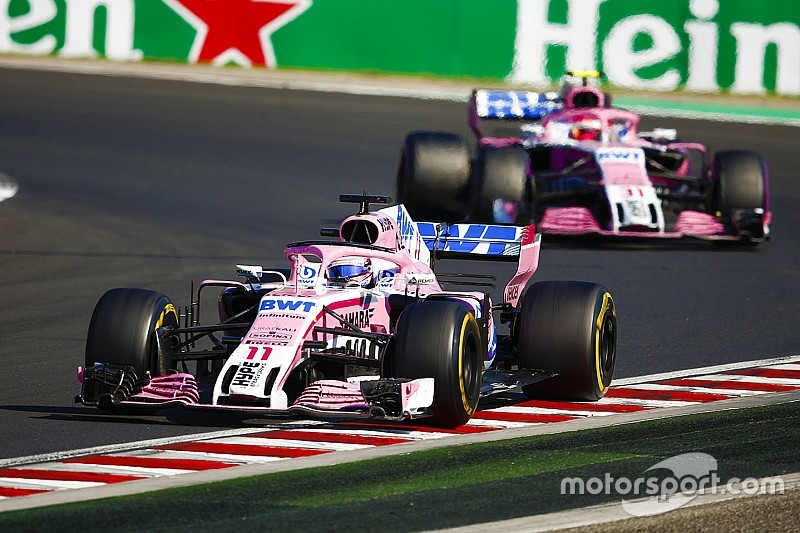 Sergio Perez says it's "business as usual" for the Force India F1 team at Spa – and the Mexican has no doubts about the team being allowed to compete this weekend.

The Silverstone outfit is expected to its change identity and become a new entry under new owner Lawrence Stroll, but it's not clear whether that will happen for this weekend, and thus on what basis it will be allowed to compete in Belgium.

Efforts are underway involving the FIA and the Force India organisation to resolve the situation.

Asked if he had any doubts about the team running at Spa, Perez said: "As far as I'm concerned, no. So it's business as usual."

Perez, whose legal action last month put the team into administration, said he was happy with the changes since the last race in Hungary.

"I think so, I think the team is quite optimistic, quite happy, we can see a release on the upgrades coming for the future, we see a different structure, and financially the team has a much more stable future for the coming years. So I think that can directly be linked to track performance.

"I was at the factory in the week, and the people I was seeing, there was a lot of enthusiasm, a lot of positiveness going forwards, so definitely a good sign."

He acknowledged that a weight was off his shoulders, especially after the legal issues that blighted his Hungary weekend.

"Definitely. I'm just a driver and I'm here to perform at my best, and it's been quite difficult the last couple of months in that regard. Definitely good, and I'm able to focus now on being a racing driver."

Regarding the departure of deputy team principal Bob Fernley, he said: "He's a great friend of mine, and I think we're going to speak at some point during the next week or so. It's something the team had to communicate. I'm not too much aware of those changes, but certainly Bob is a very close friend of mine."

Perez is now expected to remain with the team next year, despite rumours linking him to Haas over the past few months.

He admitted that his future "has become more clear in the last weeks," and stressed that he wasn't waiting for any more developments at Force India.

He also denied that the situation of Esteban Ocon, on the market after losing out on his expected Renault seat, had any influence on his plans: "It has zero impact on me."