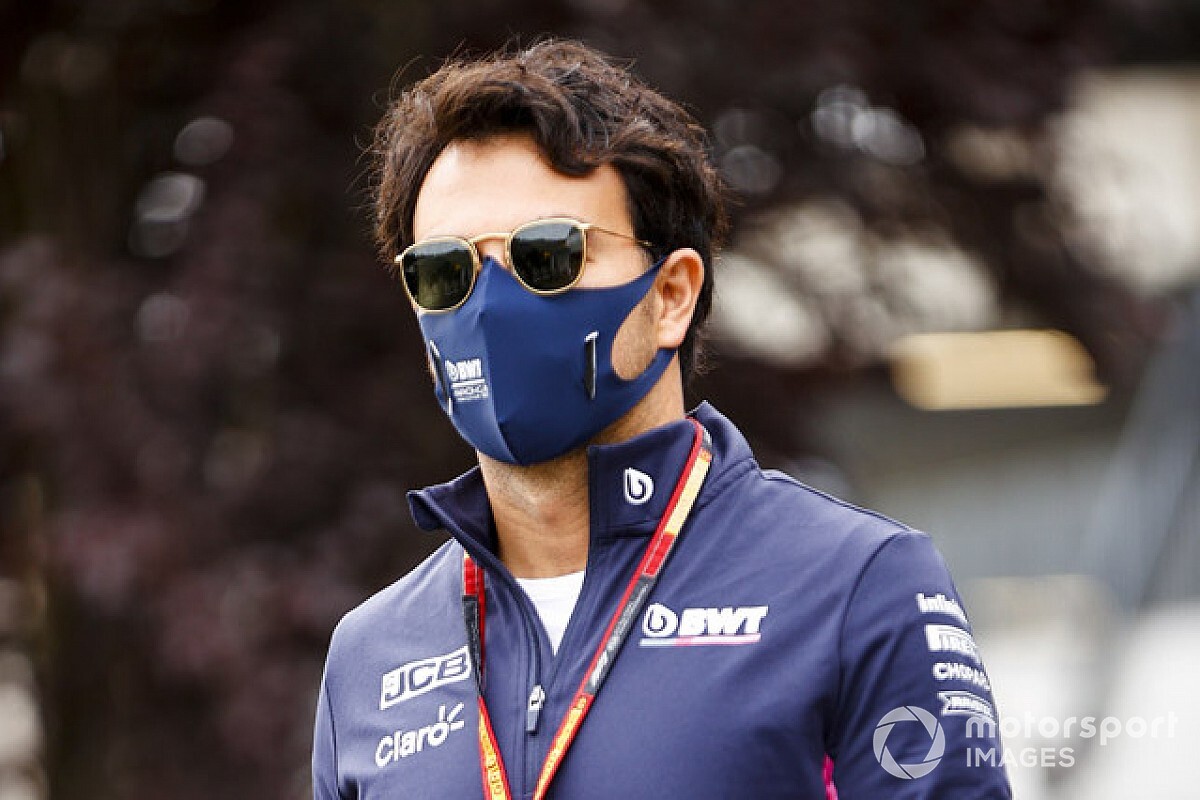 Sergio Perez says he is not talking to any other Formula 1 teams about a drive for 2021, remaining confident he will stay with Racing Point for next year.

Perez and Racing Point teammate Lance Stroll are both under contract at Racing Point for 2021, when the team will be rebranded as Aston Martin.

But the team is known to have held talks with Sebastian Vettel about joining next year following the four-time world champion's exit from Ferrari.

Perez previously said it would be "obvious" that he would leave the team if Vettel signed, given Stroll is the son of team owner Lawrence Stroll, but said at the Spanish Grand Prix it was a "matter of time" until speculation about his future came to an end.

Racing Point is yet to make any formal comment on its driver line-up for 2021, with team boss Otmar Szafnauer only saying in Spain that the "status quo" remained for the time being.

Speaking ahead of this weekend's Belgian Grand Prix, Perez repeated his confidence that both he and the team wanted to continue to work together next year.

"I think it is, as I've said before, a matter of time," said Perez. "I feel really happy in the team. I believe in the project, I've been here for a while, and I can see how the team is going upwards. We all feel internally that everything is working well.

"We don't see the reason why we should change anything. I don't see any reason to change. I think we are enjoying a great season on track, and things are working really well in the team. I don't expect any change."

Perez was approached by another F1 team when news of Racing Point's interest in Vettel broke, as well as receiving calls from outfits in other racing series.

When asked if he was currently talking to other F1 outfits about a drive for 2021, the Mexican replied: "No. The feedback that I get from within the team is that we all want to continue."

Perez added there were "discussions in the background" with the team about next year, explaining why there had been no announcement yet, but remained relaxed about his future.

Teammate Stroll refused to address a question about the lack of confirmation from Racing Point for 2021 as being slightly disrespectful to the drivers.

"I'm not going to give you the story that you want to sell," said Stroll. "There's nothing more to say about that topic."

Raikkonen hasn't decided if he'll stay in F1 after 2020