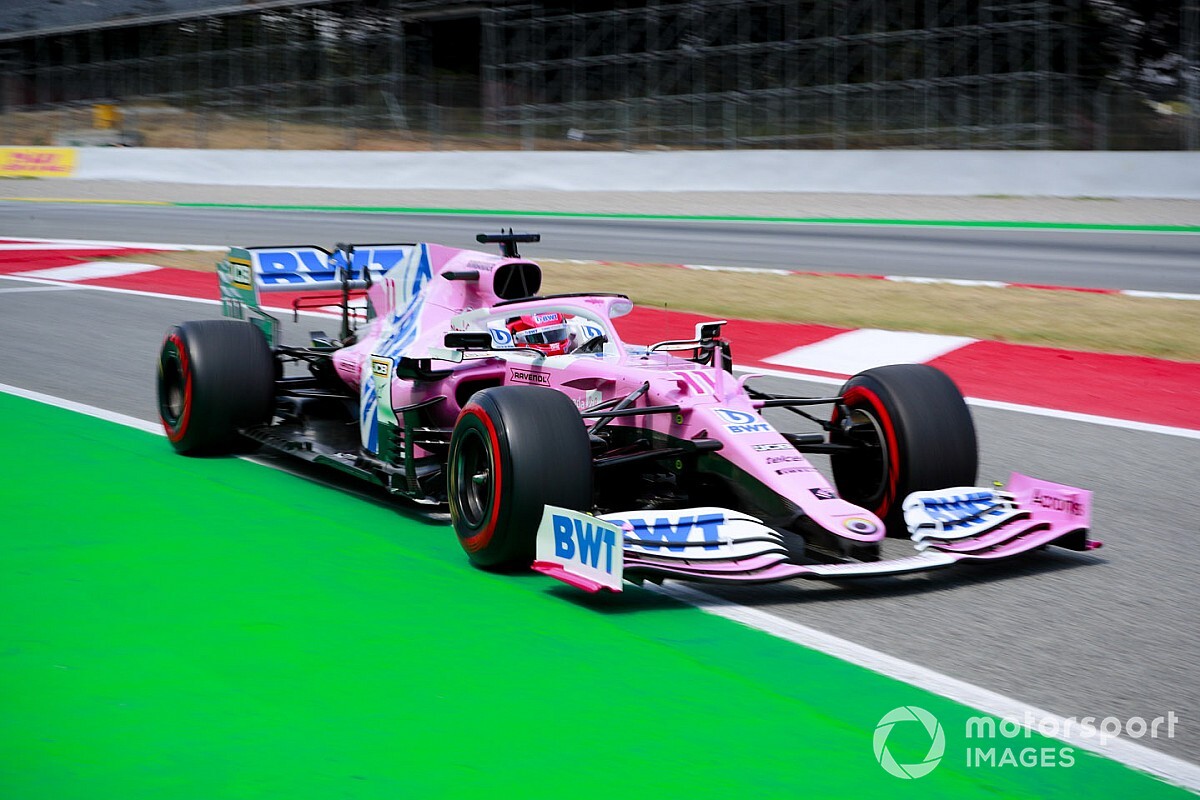 Sergio Perez set his sights on fighting Red Bull's Max Verstappen for the final podium position at the Spanish Grand Prix after qualifying fourth upon his Formula 1 return.

Perez was forced to miss the last two F1 races at Silverstone after contracting COVID-19, but returned to action this weekend in Barcelona after testing negative for the virus.

The Mexican qualified an impressive fourth for Racing Point at the Circuit de Barcelona-Catalunya, finishing within two tenths of a second of 70th Anniversary Grand Prix winner Verstappen in third.

While Perez was unsure Racing Point had the outright pace to beat Verstappen, he still felt he could fight the Red Bull driver for a podium spot given the difficult race conditions expected.

"If we are able to get a good start and get ahead of Max, we may be able to hold him back," Perez said.

"Here is not an easy track to pass, and the amount of saving and management that we have to do tomorrow is going to be extreme.

"We don't quite have the pace to beat the Red Bull, and especially the Mercedes, but who knows? If we are able to get ahead in lap one, who knows."

All drivers have been struggling with tyre management so far this weekend due to high track temperatures reaching as much at 50ºC at times.

It has left most anticipating a two-stop strategy in the race on Sunday, with all of the top 10 opting to qualifying on the soft compound tyre.

Perez said it would be "very marginal" to make a one-stop strategy work in a bid to try and beat the Red Bull cars.

"It really depends how your first laps go, what sort of temperature you have, and the wind," Perez said. "The wind has a really big impact on the balance and the levels of sliding. It's very open, everything for tomorrow."

Perez's Racing Point teammate Lance Stroll will start one place further back in fifth, with the second Red Bull of Alexander Albon alongside him on the third row in sixth.

Stroll felt there "wasn't really much more in it" for Racing Point on Saturday, and was upbeat about its chances of fighting the Red Bulls in the race.

"It looked like the Red Bull had the upper hand on us through qualifying. We've got to be happy with fifth," Stroll said.

"All in all, I'm happy with fifth, we're in a good place to fight tomorrow. I expect Alex to have good pace. He demonstrated that last weekend at Silverstone.

"We'll just have to run our race, get a good start, and from there optimise the strategy. That's all we can focus on.

"It's going to be a very hot race tomorrow. I expect it to be challenging for everyone out there."