Sergio Perez could be forced to start the United States Grand Prix from the pitlane after missing a weighbridge check at the end of Friday's second free practice session. 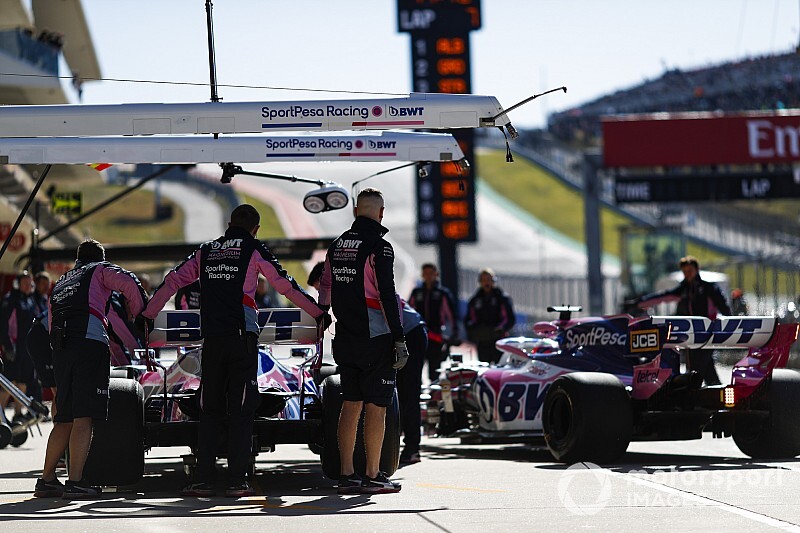 The Racing Point driver was alleged to have missed the order to stop for the check right at the end of the afternoon session.

Perez initially stopped in the pitlane when he was told over team radio that he had missed the weighbridge check. But, after asking what he should do next, he was informed to return to the garage, where the team completed a practice pitstop.

A report sent to the F1 stewards said: "At the end of the P2, at 16:32hrs, car number 11, driver Sergio Perez, did not stop for weighing when asked to do so by the traffic lights showing the red light and his car number.

"Further the team did not make any attempts to immediately bring back the car, but carried out a pit-stop practice instead."

F1's regulations on drivers missing weighbridge checks are strict and in circumstances where teams work on cars after a driver misses the light, then it is an automatic pitlane start.

Article 29.1 a) of the Sporting Regulations states: "Any driver who fails to stop when asked to do so, and then fails to bring the car back to the FIA garage, or if work is carried out on the car before it is returned to the FIA garage, will be required to start the race from the pit lane."

Earlier this year, Red Bull's Pierre Gasly had to start from the pitlane in Baku after he missed a weighbridge check during Friday practice at the Azerbaijan Grand Prix.