Mercedes fuel and oil supplier Petronas is turning to "new chemistries" - and even radical ideas from universities - in a bid to help the German car manufacturer strike back in its fight against Ferrari. 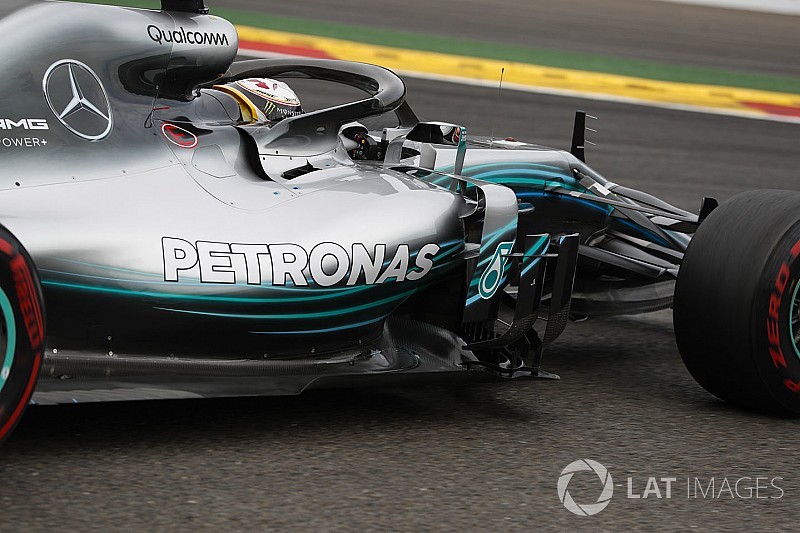 Sebastian Vettel's triumph at the Belgian Grand Prix left Mercedes in little doubt that its main rivals now have the fastest car in Formula 1, but it has not given up on closing the gap either on the engine or chassis front.

With both championship contenders having introduced their final specification of power unit for 2018 at Spa-Francorchamps last weekend, the onus for improvements on the engine front has fallen to their fuel and lubricants suppliers.

Now, locked in that increasingly tough battle for supremacy, Mercedes' partner Petronas says that it is having to turn to new chemistry solutions if it is to find the kind of gains the team wants to see.

Andy Holmes, Petronas' head of group research and technology, says that with traditional avenues of fuel and lubricant development having already been exhausted, more radical concepts are now being chased.

"We are in the game here to make improvements," he told Motorsport.com in an exclusive interview at Petronas' Turin research facility ahead of the Italian Grand Prix.

"For us, what is critical at the moment is a pipeline of new ideas, new chemistries, and tuning the fuel properties to meet the challenges that are coming. So the pressure is on us.

"For us that increasingly takes us in the direction of new chemistries. We are increasing our investment and innovation, looking to develop new components and new fluids that can keep giving us incremental gains.

"We think it is tough, but the reason we are in it is because we think those gains can be made."

Although Petronas employs highly skilled scientists to help its efforts, the company says it is also turning to university boffins to help find potentially more left-field ideas that could help it make a breakthrough in performance.

Eric Holthusen, Petronas' chief technology officer, said: "If you look into universities, a lot of research is done without the pressure that industries put on their own development teams.

"Andy and I are constantly under pressure and whatever we do we are asked: 'What is the value to the business?'. If you are at university you have a lot more degree of freedom and you can play with new chemistries.

"What we need to make sure is that we understand what is happening in universities and see what is going on there. And if we see something that is promising, go and ensure that we are part of the gang."

Although Ferrari's form in Belgium left Mercedes appearing to be on the back foot against Ferrari in the power stakes, the team is not convinced that its rival is that far ahead.

One factor is that the characteristics of Spa – which exposed Mercedes' traction weakness and straightline speed deficit to Ferrari - delivered a double whammy that left the team on the back foot.

He also thinks that it is too simplistic to suggest that either Ferrari or Mercedes has an out-and-out better engine, because their characteristics are so different.

"If you look at the gaps we are seeing, a lot of them are dominated by tyre characteristics, and it is who is getting the tyre right on the day," he said.

"Clearly with the two top runners, they are neck and neck on power. They have got different characteristics and different deployment potential around the circuits. It is quite interesting to try to work out what it is that we are doing different from each other.

"The cars do behave differently and there is quite a lot of noise on the signal. But if you take the underlying relative performance of the two cars in terms of who has got the upper hand, it is quite tricky to say at the moment."