Some Formula 1 teams are continuing to push for a return to the 2018 Pirelli tyre specification in the latter part of this season, but they are unlikely to find enough support to push through a change. 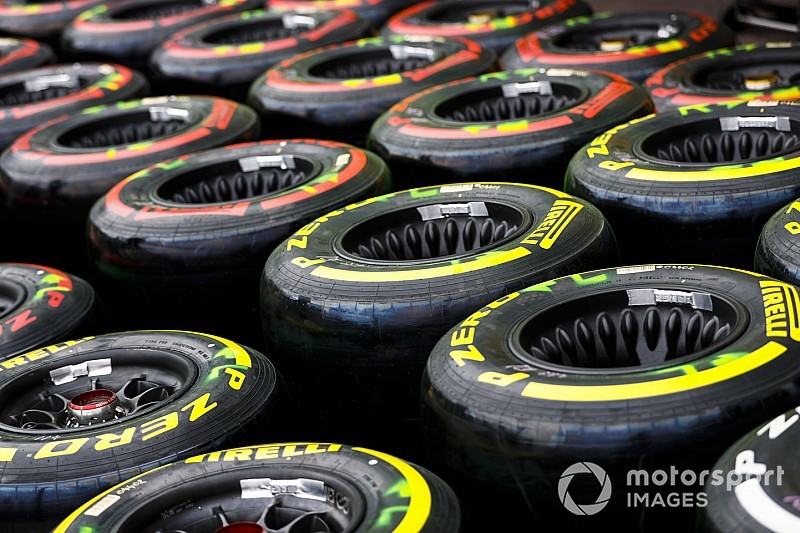 Red Bull Racing has long made clear its frustration with the 2019 tyres, believing that the thinner tread introduced for this year has favoured Mercedes over its rivals.

The subject was discussed informally again by some teams over the Paul Ricard weekend. If seven teams ask for a change of tyre specification, the FIA could in theory authorise the move. However that figure appears to be out of reach as several teams believe that a mid-season change would not be appropriate.

Mercedes team principal Toto Wolff has made it clear that it would be unfair to penalise those who have optimised their cars around the 2019 tyres.

“It’s pretty logical that the ones that will feel that they haven’t understood the tyre properly will try to trigger change in the tyre,” he said when asked by Motorsport.com. “My sportsman approach is that I don’t think F1 should change the rules because some are doing better than others.

“I don’t mean in an arrogant way. But on the contrary, this is an unforgiving high-tech sport. We have given it a big push over the winter to get on top of our set-up issues, and understand how the tyres functioned last year.

“We were given a few sets in Abu Dhabi [testing] to try and understand and it seems we have done OK. And changing the regulations mid-season is something that is almost like introducing a balance of performance in a sport that was always about unforgiving excellence.

“If the sport needs that, then we need to have a debate about the philosophy of F1 as the pinnacle of motor racing.”

Renault’s Cyril Abiteboul was also opposed to the principle of a change during the championship.

“This reaction in the middle of the season is never something that I particularly like,” the Frenchman told Motorsport.com. “I think F1 has a situation with Mercedes, but it’s not by suddenly changing the tyres that Mercedes domination is suddenly going to go away.

“I think it’s a deeper problem or situation that needs to be addressed, but I only believe in the evolution of F1 to properly address that situation rather than being reactive to a team that has only built a fantastic advantage. I guess we can always discuss for 2020.”

Alfa Romeo’s Fred Vasseur agreed that teams have to adjust to the tyres that they currently have.

“My position is that if you start to complain about tyres because they are not fitting to your car, it’s like the cars with low downforce would like to go only to Monza and Montreal and some other ones,” he said.

“But at one stage we have to deal with what we have, and I think that on the other hand probably Pirelli have some issue with production, because we already ordered tyres until I don’t know when.”