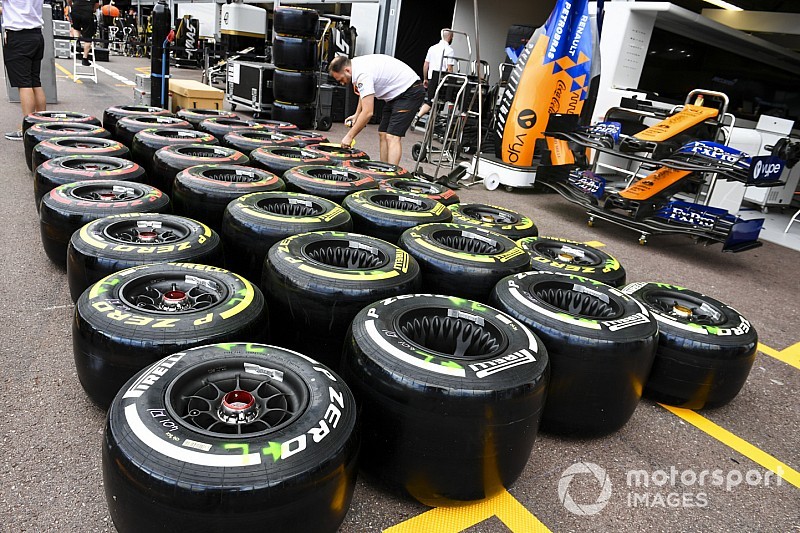 Pirelli Formula 1 boss Mario Isola says it is wrong to assume that switching to last year's tyres would help teams struggling with the 2019 specification.

Amid Mercedes' dominant start to the season, Pirelli's thinner-tread 2019 tyres have been criticised by several teams for being too difficult to get to their optimal working temperature.

That has even led to calls for Pirelli to switch back to its 2018 tyres, although nobody has made a formal approach to make that happen.

Isola told Motorsport.com: "The tyres are new, but also the cars are new. There's a new aero package, generating different downforce compared to last year. I'm not sure if we go back to the 2018 specification, with a new car, [it will work].

"We cannot assume that the 2018 specification is working on the current cars."

One of the chief critics of the impact the 2019 tyres have had on the pecking order has been Red Bull motorsport advisor Helmut Marko.

He told Red Bull-owned Speedweek that the reason no complaints were made before the season began is "the problem was not foreseeable".

"The winter test takes place at such low temperatures that you would otherwise never find all year round," he said. "At that time, people still thought that this could be corrected somehow. But that was not the case."

However, Isola says the teams are just facing the same "learning curve" they always do.

"All the teams are trying to understand, in the quickest way, how to use the tyres," said Isola. "Somebody is better, they can do that earlier. Some take more time to achieve this.

"So, we are not in control of their process to modify the car. They are free to do what they want."

Mercedes has won all seven races so far this season but is not the only team satisfied with Pirelli's 2019 tyres.

McLaren F1 CEO Zak Brown said: "Of course our car is operating in a completely different window compared to the top three teams, there is one and a half seconds missing, but in the window we are operating now we are pretty happy with how the tyres work.

"We think we understand how to use these different specs. That is the technical challenge, so we don't see a need to do any changes, especially during the season."

Even Haas team boss Gunther Steiner, who stands alongside Marko as a major critic of Pirelli's new specification, agrees that switching back is not the right move.

"We need to be careful what we wish for," he said. "We need to find out what we actually want before we say we should go back to last year's, and then we complain about them.

"That doesn't make us look very clever. We need to be careful, and try to understand and deal with them."