Pirelli is hoping that lower pressures will give the Formula 1 teams a much better impression of its 2020 tyres in Abu Dhabi testing than was gained when they were run in Austin. 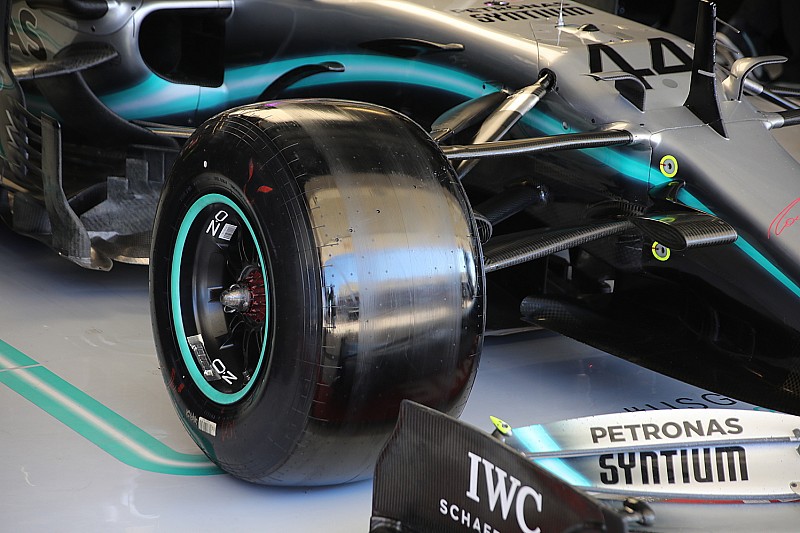 The feedback from drivers will determine whether the FIA sticks with the 2020 tyres for next season or reverts to the 2019 spec. If teams are unhappy, then a vote will be held – and if more than seven want to abandon the new tyre, the FIA will agree to do so.

All teams are running in Abu Dhabi on Tuesday and Wednesday with both types of tyres, so that a direct comparison can be made.

Drivers were not happy when they were trialled in free practice in Austin, but unexpectedly cold weather and the fact that teams had no time to adjust their cars for a tyre that has a different shape shoulder meant that the results were disappointing.

Pirelli has now confirmed that the new tyres were run in FP1 in Austin with higher pressures than they were designed for – but that will be addressed in this week’s test.

“We gave the teams the information on how the new tyres is,” said Pirelli F1 boss Mario Isola. “Static profile, dynamic profile, data to set up the car in the best possible way. The prescriptions for the 2020 tyre at the test will be different compared to the race tyre, because the new construction has been designed to work at a lower pressure.

“We found the improvement during out tyre development test, when we had lower pressure. So the prescription for the test will be 1.5psi lower for front and rear, and we have asked the teams to consider this different in the prescription.”

Isola said it wasn’t possible to run with the ideal pressures at the US GP.

“It wasn’t the only handicap in Austin – also the downforce levels are different because of the different profile and obviously in free practice you cannot ask a team to change the floor of the car, it’s impossible.

“What I ask the teams is to make a proper technical comparison between the two constructions, to understand what is the performance of the current one, and new one, and any decision is welcome.”

Isola said that lower pressure should address the grip issues drivers complained about in Austin: “During our tyre development test with lower pressure the grip of our new construction is slightly higher than the current one. So the comment we had in Austin about a loss of grip is not in line with our findings.”