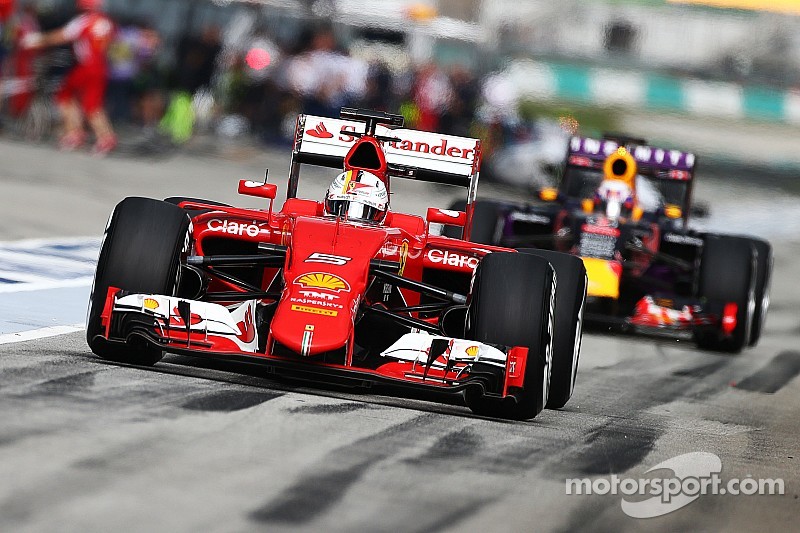 Pirelli's Paul Hembery has urged Formula 1 to make radical changes to its format before committing to a new tyre supply contract.

The Italian tyre supplier's F1 chief told The Guardian newspaper that he fully supports efforts by Bernie Ecclestone to spice up 'the show'.

Ahead of the next official tender process to be the sport's official tyre supplier in 2017, Hembery said Pirelli is in favour of radical sporting regulation changes.

"I thought qualifying on Friday night was a good idea, so you can actually win something, and the promoters have something to sell," Hembery told The Guardian. "And maybe a sprint race on the Saturday, an extra product, so Saturday fans actually see a result and podium places.

Contract poised to run out

Pirelli's current contract with F1 expires next year, with other brands understood to be considering rival bids.

"We're anxious to understand what's going to happen in 2017, when we will be looking at a new contract," said Hembery. "We'd like to see what the plan is.

"We are in the entertainment business. Some people get ruffled by that idea, but if we don't entertain people don't watch us, and then the sponsors won't come, and the cycle continues.

"The current business model is clearly not working for enough people. Change is needed and the current mechanism for change is very cumbersome and very slow. We've got too many people with different vested interests.

"Someone has got to put a marker in the ground and say this is it. We can't spend another year going round in circles trying to find the big compromise."

Hamilton and Rosberg work together to keep ahead of Ferrari