Pirelli has successfully completed its first test with the 18-inch Formula 1 tyres that will race in 2021 – but admits that it is still “very early days” in its development programme. 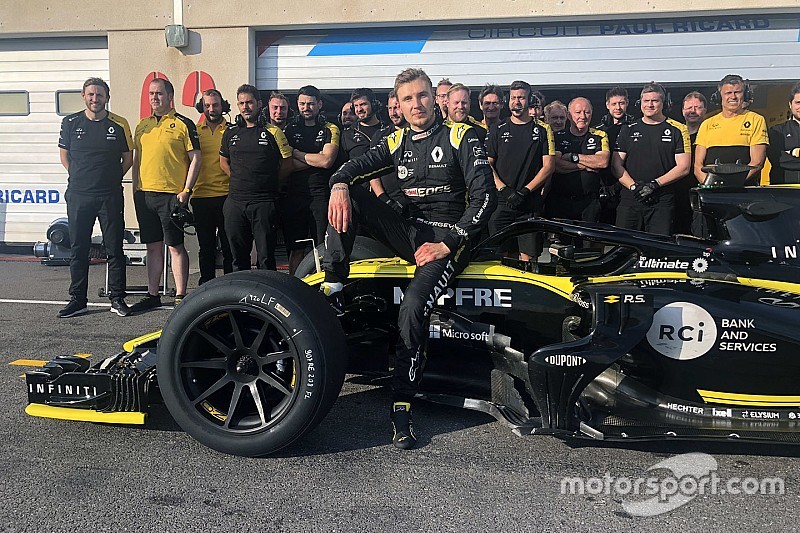 Former Williams driver Sergey Sirotkin completed 213 laps of a sunny Paul Ricard in a modified mule car based on the 2018 Renault.

There will be two further sessions this year with McLaren and Mercedes both running two days each with their own 2018 mule cars at Ricard in October and December respectively.

The 18-inch programme will step up a gear next season with 25 test days shared among the 10 teams, using either 2018 or 2019-based mule cars, before the definitive tyres are run in a three-day group test after the Abu Dhabi GP.

“This was very useful for us to take a first look at the new generation of tyres and start shaping the development path that we will follow for the remainder of this year and next year.

“Of course, it is hard to read too much into this test as these are still very early days, but we have accumulated all the preliminary data that we wanted in good weather conditions, so thank you very much to Renault and to Sergey for their availability.”

In parallel with the 18-inch test, Esteban Ocon ran a nearly identical total of 212 laps in a current Mercedes as Pirelli completed what is scheduled to be its final test for its 2020 tyres.

Some sources have indicated that Thursday’s meeting in Geneva saw an agreement to keep the 2019 construction fixed in 2020, as the September 1 deadline for confirming a new spec had been missed. However, others have suggested that the situation remains fluid.