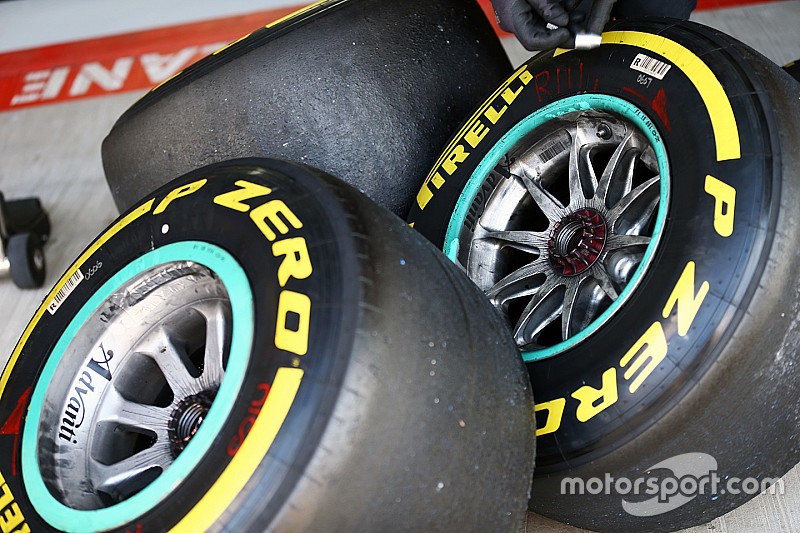 Formula 1 tyre supplier Pirelli has released more details about how its new free choice system will work next year, following its approval by the FIA on Wednesday.

F1 teams are to given greater choice of tyre compounds next year, with them able to pick 10 of the 13 sets available for the race weekend from a selection of three types picked by Pirelli.

Interestingly, teams will be able to vary the selection between its drivers too.

Here is how the selection and weekend rules will work.

In consultation with the FIA, Pirelli will decide in advance which three compounds can be used at each race, and communicate this information to the teams.

The total number of sets that can be used during practice, qualifying and racing remains the same as it is currently: 13.

Pirelli will nominate two mandatory race sets for each car. Furthermore, one set of the softer compound will have to be kept for use in Q3 only.

The two mandatory sets chosen by Pirelli can be of two different compounds, from the three that have been nominated for the race weekend. These sets will obviously be identical for each team.

The remaining 10 sets can be chosen by each team, from the three compounds nominated for the race weekend.

The teams will make their choices within a deadline set by Pirelli. They will communicate their choices to the FIA, which will in turn tell Pirelli how many tyres to produce.

The choices for each car will remain secret until two weeks before the race. If a team does not meet the deadline, the choice will be made by the FIA.

Once the choices for each car have been made, the FIA will continue to assign the tyres randomly via a barcode, as is the case currently.

The choices made by each team can vary for each of its cars: so each driver within a team can have a different allocation.

The tyres will be distinguished by different coloured markings on the sidewalls, as is currently the case.

Teams will still have to give back tyres according to a certain schedule, but they can decide which tyres to give back at the following times:

The two mandatory sets nominated by Pirelli cannot be given back during practice and must be available for use in the race. At least one of these two sets must be used during the race – but the teams can decide which one.

The top 10 at the end of qualifying will still have to give back the set of the softer compound nominated for Q3, and start the race on the tyres with which they set their fastest time in Q2 (the same rule as is the case currently).

All other drivers will be able to use the set that is saved for Q3 during the race.