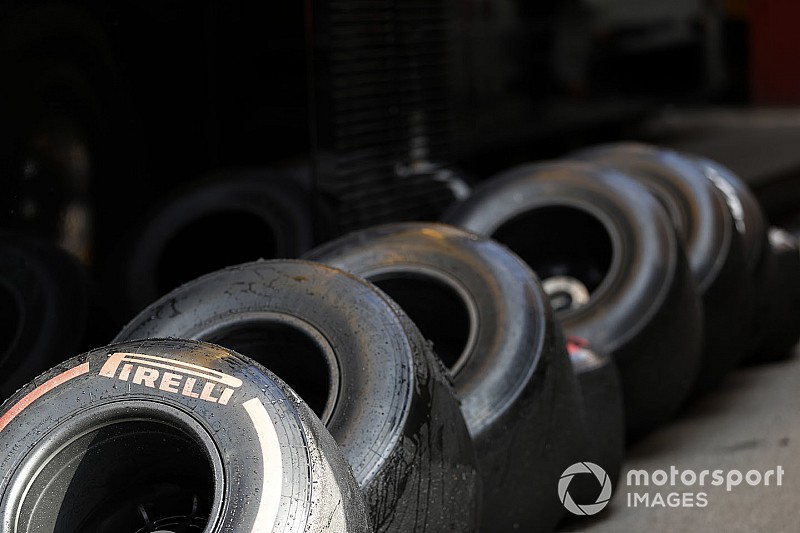 Formula 1 tyre supplier Pirelli has revealed its first estimation of the performance gap between the five different compounds of tyres it is running in 2019.

Although the Italian company admits it can be more definitive about the lap time delta once next week's final test has finished, it says that first estimates suggest a 0.6 gap between the softest of its tyres.

For 2019, Pirelli has changed the way that tyre compounds are being labelled. There are five base compounds, named C1 to C5, and three will be picked for each race – and will be called soft, medium and hard for the events.

Pirelli has brought all five compounds to testing, with the C1 (the hardest) estimated to be 0.8 – 1.0 seconds slower than the C2.

Pirelli's racing manager Mario Isola said the gap was quite big because: "The C1 in this condition is a bit too hard because it is cold. In my expectation if we come here with C1 for the race this delta should be less because the C1 is working better and will be closer to the C2."

Isola said that having approximately 0.7 seconds gap between the majority of compounds was in line with what the company had hoped for this season.

"The track is not very long, so 0.7s is a good number considering that the target was 0.8s and 0.9s," he said. "So on a longer track that could happen.

"Plus the C5 is not the compound for this circuit, so the C5 struggles a little bit to guarantee a very fast lap. Also, one lap is difficult to achieve with the C5 in Barcelona, considering the circuit is more aggressive and the tarmac is rougher than one year ago."