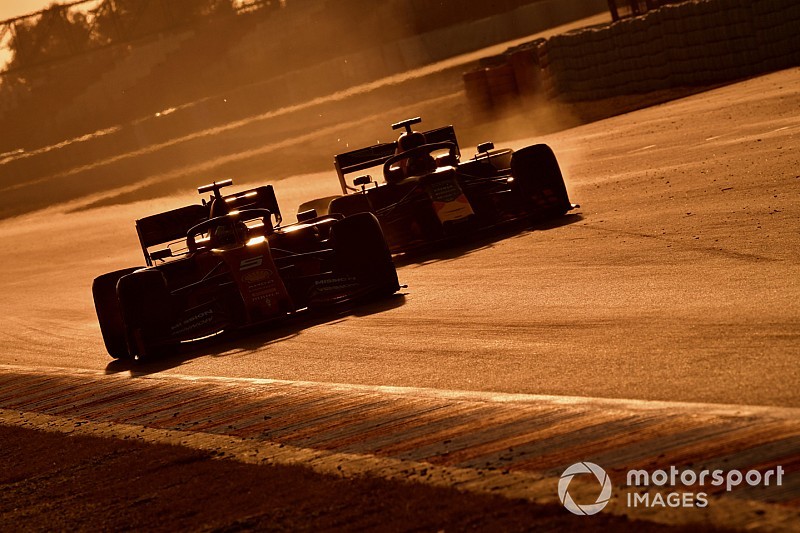 Formula 1 tyre supplier Pirelli reckons a better track surface, rather than a failure of the new rules, is the real reason behind the impressive laptimes being delivered by 2019 cars.

New aero regulations designed to help improve overtaking were expected to slow F1's cars by around 1.5 seconds per lap.

But eyebrows have been raised during the opening pre-season F1 test at Barcelona with the cars proving to be every bit as fast as 2018.

Sebastian Vettel's best time of 1m18.161s from the first day of the test was more than one second faster than the 1m19.333s best lap from the first test 12 months ago.

Red Bull boss Christian Horner was one of those who was taken aback by how the 2019 cars had not been slowed by the new rules.

"What is surprising to see and, forgive me if I am wrong, but I think the time that Sebastian has done already is quicker than last year," he said.

"The cars will only get quicker from where they are today."

But Pirelli has urged caution in not reading too much into comparisons between now and last year, because it says the track surface at Barcelona has changed a lot.

Having been resurfaced ahead of the first F1 test last year, grip levels have ramped up considerably since then, which explains why the 2019 cars are so quick.

Asked about the swift laptimes, Pirelli's F1 racing manager Mario Isola said: "We measure the tarmac roughness and we did it two days ago.

"The tarmac was new at the winter test last year. It was very smooth with a lot of grip coming from the bitumen on top of the tarmac.

"For the race it was slightly different with the usual evolution we can see, and now there is another step compared to the race.

"I believe the influence of the tarmac is higher, and the temperature [it was warmer this year] is playing a big effect. We know that."