2020 F1 tyres fate could be decided by team vote

Formula 1 teams may be asked to vote on whether to abandon Pirelli's 2020 tyres after they are tested in Abu Dhabi next month. 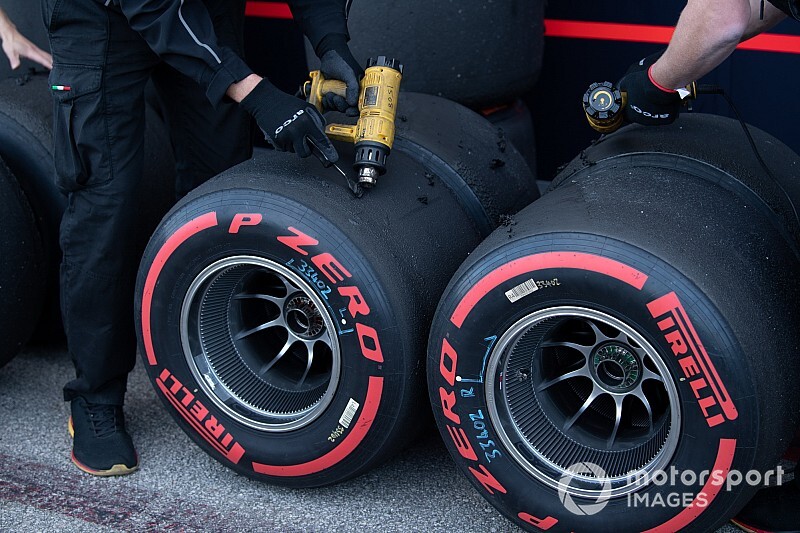 If seven out of 10 teams are still unhappy with the new spec tyres, Pirelli could be obliged to stick with its proven 2019 products for next season.

All teams were given two sets of the 2020 tyres to try in Friday practice in Austin.

Drivers were so frustrated by a lack of grip that teams questioned whether Pirelli had gone in the right direction and suggested that it might be better to stick with the 2019 construction.

Pirelli's view was that the test was not representative, because of the cold conditions and the fact that teams did not adjust their set-ups.

The Italian company's F1 boss Mario Isola also pointed out that the 2020 tyres were expected to provide less grip, but would be more consistent.

Teams initially agreed to take a more detailed look at the data from Austin, but some were pushing for a quick decision to be made on sticking with the 2019 tyres, even before the Abu Dhabi test on December 3-4.

However, last week FIA technical chief Nikolas Tombazis contacted all the teams and it has been agreed that the two days of 2020 running in Abu Dhabi should go ahead.

Following a subsequent analysis of the data, a vote could be held the following week, if some teams still have doubts about the 2020 tyres.

In theory article 12.6.1 of the FIA technical regulations applies.

The rule states: "Tyre specifications will be determined by the tyre supplier, in agreement with the FIA, no later than 1 September of the previous season for the construction and 1 December for the range of compounds to be used during the Championship season.

"Once determined in this way, the specification of the tyres will not be changed without the agreement of at least 70% of the competing teams. Notwithstanding the above, the FIA may decide to change the specification during the Championship season for safety reasons without notice or delay."

Midfield teams in particular are frustrated because the September 1 deadline passed long ago.

That was put in place specifically because the construction and hence shape of the tyres has a huge impact on aero, and teams need that information as soon as possible. In this case, the 2020 tyres have a wider shoulder.

Amid the uncertainty, teams have thus been running their 2020 aero programmes with two possible tyre shapes in mind – the current and the new versions – and that is much harder for those with less resource.

Ferrari's Sebastian Vettel, one of the few drivers to have tried the final 2020 tyres before Austin, admits that there are still some concerns.

"It's probably good to give them another go," he said. "On the other hand the targets that were set out to achieve probably we didn't achieve.

"I had a day in Barcelona, we had the cross-check in Austin. I think the feedback wasn't positive, and in the end we try to make a step forward. So we'll see what comes out."

Bottas has secret "plan" to beat Hamilton in 2020

Mick Schumacher drives Ferrari F2002 at Fiorano, ahead of auction